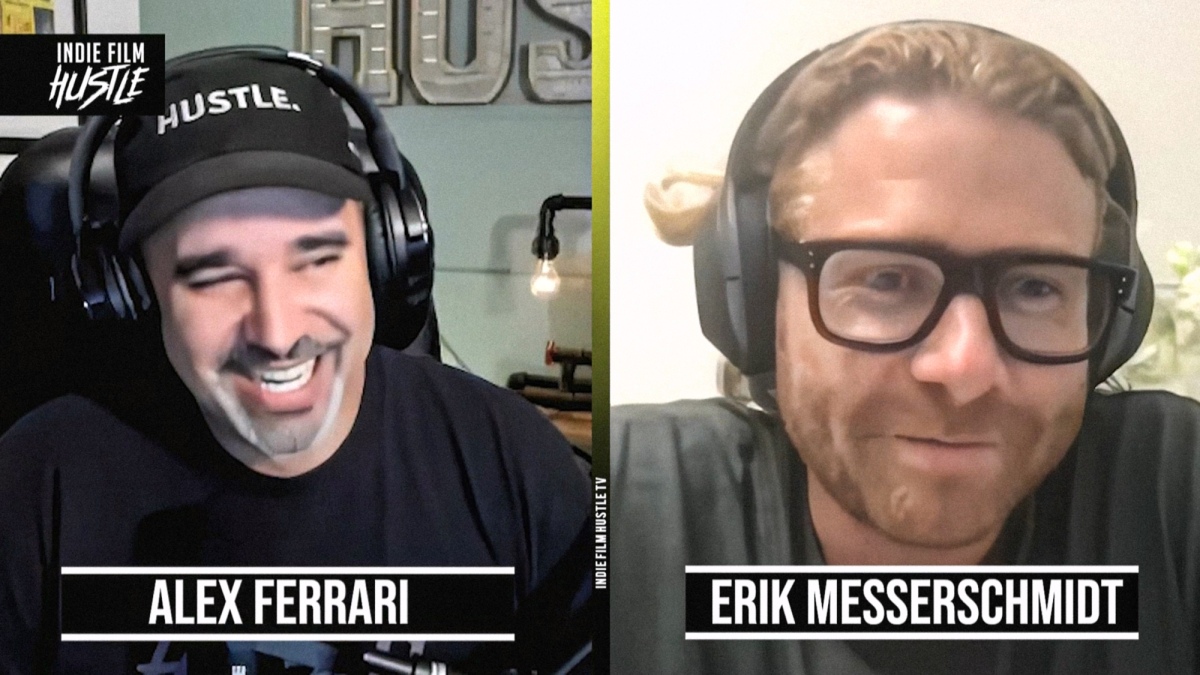 Award-winning director of photography Erik Messerschmidt, ASC has a natural eye for arresting and spellbinding images, thriving in a role that allows him to combine his love of art, craft and science. Recently, he lensed Devotion for director J.D. Dillard, based on the real-life story of a Black naval officer who befriends a white naval officer during the Korean War, with both becoming heroes for their selfless acts of bravery.

In addition, Messerschmidt co-lensed several episodes of the HBO Max original series Raised by Wolves from producer Ridley Scott. He also shot the first and second seasons of Fincher’s hit thriller series Mindhunter for Netflix, earning a 2020 Emmy Award nomination for Outstanding Cinematography for a Single-Camera Series (one-hour) for episode 206.

With a background in the fine arts world, Messerschmidt honed his skills while working with such renowned cinematographers such as Dariusz Wolski, ASC, Jeff Cronenweth, ASC, Phedon Papamichael, ASC, Claudio Miranda, ASC, and Greig Fraser, ASC. Messerschmidt now lives in Los Angeles and is a member of IATSE Local 600. He is represented by DDA.

Listen to the podcast and read the transcript 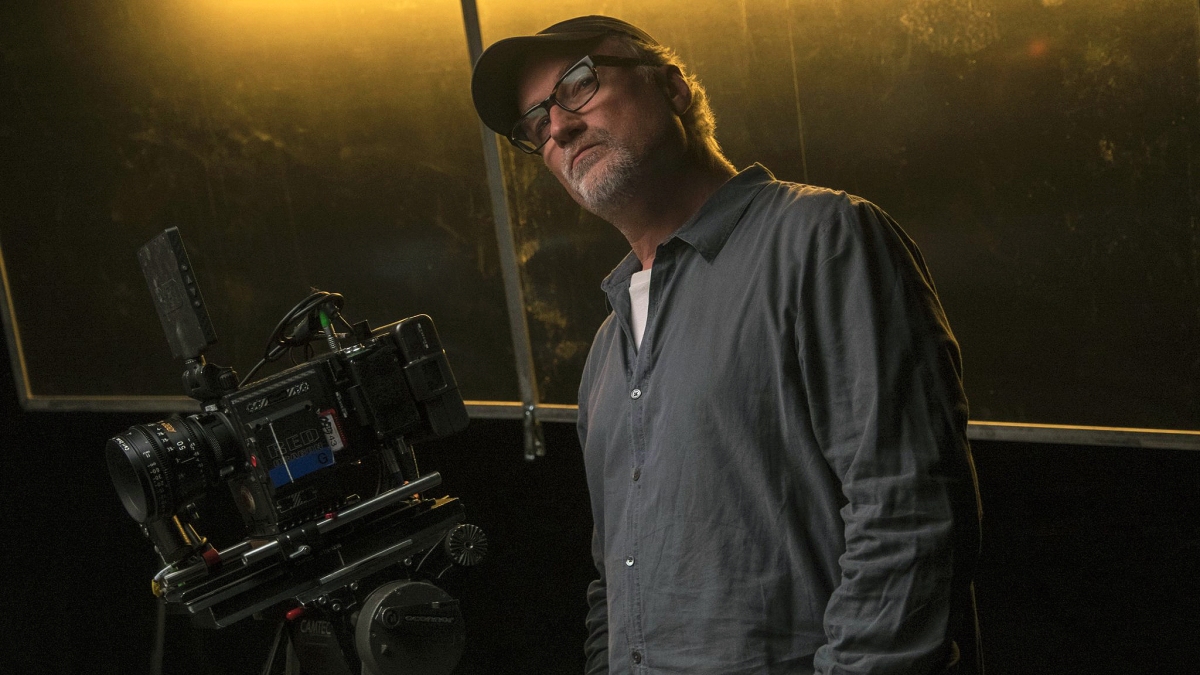 Alien 3 has been a divisive film for 30 years now, garnering many different reactions. Could the film serve as an allegory for the HIV/AIDS crisis of the 1980s?

Thatcher tells all about the beginnings of his prolific career.

Collider’s own Steve Weintraub recently got the chance to sit down with legendary multi-hyphenate Kirk Thatcher to discuss his prolific career working in numerous roles throughout the industry. The Emmy-winning writer/director/actor/producer/effects whiz is now known for everything from Muppets Tonight to Star Trek IV: The Voyage Home and, more recently, Werewolf By Night, but during the interview, he also elaborated on his roots rising up through Industrial Light & Magic (ILM). It was there that Thatcher would blossom and meet a friend who would help him kick off his career – David Fincher.

Before he even started at ILM, Thatcher describes his fascination with Star Wars that would one day lead him to the studio. At 15, he’d heard the hype surrounding the revolutionary sci-fi film and made sure he was there on opening day to see it unfold. “So I kind of knew it was coming out, and I went and saw opening day at Man’s Chinese, the first screening, the 12-noon screening at Man’s Chinese, completely blown away and just became a huge Star Wars fan instantly.,” he told Weintraub. Bought the books, including the Star Wars sketchbook by Joe Johnston.” His love for the films would almost immediately lead him to an important industry connection. “So maybe within three months of that opening, my mom came home from church on a Sunday afternoon and said, “Hey, I just met a gal at church, a really nice lady, whose son worked on Star Wars.” Her son was Johnston, then a concept artist and special effects technician for Star Wars: A New Hope.

Kirk Thatcher in the Return of the Jedi Creature Shop at ILM.

Has any cinematographer had so fast an ascendancy as Erik Messerschmidt? While no newcomer—his IMDb dates back to 2001, his first cinematography credit from 2003—work on Gone Girl earned the attention of David Fincher, by whom Messerschmidt was then enlisted to shoot his Netflix series Mindhunter. (Impressive then, all the more sterling since as an example of streaming television that doesn’t look or move like streaming television.) Which led into Mank which led into The Killer, Fincher’s much-anticipated thriller arriving next year.

Somewhere along the way Michael Mann called. I talked to Messerschmidt at ENERGACamerimage, where he was promoting the new feature Devotion and mere weeks from wrapping Ferrari, Mann’s first feature in longer than you’d believe and a passion project of equal gestation—nothing you leave in the hands of an amateur. Certainly not if you’re as obsessive, fastidious, demanding as Michael Mann. Meeting in Toruń’s CKK Jordanki, we were quick to start.

Is That Black Enough for You?!?

From celebrated writer and film historian Elvis Mitchell, Is That Black Enough for You?!? is both a documentary and a deeply personal essay. The film examines the craft and power of cinema from a perspective often overlooked: the African American contribution to films released from the landmark era of the 70s. It is a deep dive into the impact that point of view had on movies, as well as popular culture, and serves as a love letter to film, posing questions that have never been asked, let alone answered.

Crucial artistic voices, including director Charles Burnett, Samuel L. Jackson, Whoopi Goldberg, Laurence Fishburne, Zendaya and others, offer their distinctive prism on the creators and films that dazzled and inspired. The film provides insight into the history of Black representation going back to the earliest days of cinema, and the cultural impact of witnessing unapologetic Blackness.

Watch Is That Black Enough for You?!? on Netflix

Elvis Mitchell and Steven Soderbergh on Is That Black Enough For You?!?. NYFF60 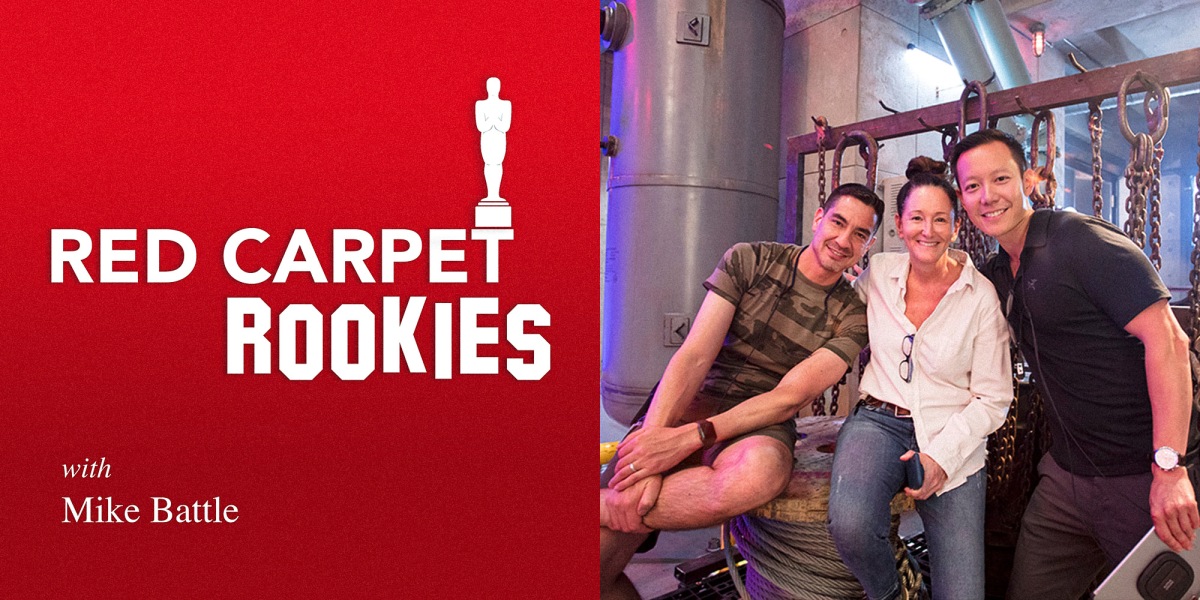 Starting her career producing commercials Lisa Beroud transitioned to James Cameron‘s famous VFX house Digital Domain, where she worked on titles including TRON: Legacy, Oblivion, Her, 47 Ronin, and a multitude of David Fincher projects including Zodiac, The Curious Case of Benjamin Button, The Girl with the Dragon Tattoo, and Gone Girl. Since leaving DD, she has been a VFX producer of hits such as Black Panther, Terminator: Dark Fate, and Sonic the Hedgehog 2.

Director David Prior discusses Guillermo del Toro’s Cabinet of Curiosities, his love for “The Autopsy” short story, and The Empty Man‘s release.

Some bodies are more than meet the eye, as seen in the “The Autopsy” installment of Guillermo del Toro’s Cabinet of Curiosities. Based on Michael Shea‘s short story of the same name, the episode sees a coroner brought in to do the autopsies of several miners who died when one of them set off an explosion with a mysterious object, only to learn of the surprising truth behind him.

F. Murray Abraham and Luke Roberts lead the cast of “The Autopsy“, which hails from The Empty Man writer-director David Prior. Primarily set in an isolated location, the episode is a chilling game of mental chess as Abraham’s Dr. Carl Winters grapples with the revelation of why the miners died, and how he may be next.

In anticipation of its premiere, Screen Rant spoke exclusively with director David Prior to discuss Guillermo del Toro’s Cabinet of Curiosities, his installment “The Autopsy,” his and del Toro’s shared love of reading, The Empty Man‘s mishandled release, and more.

The most overlooked entry in David Fincher’s filmography is also one of his best.

The Game had a lot to live up to. It was the film David Fincher chose as his follow-up to the wildly acclaimed Seven, a film that had thrust the young director into the limelight and prevented his career from reaching a premature end after the mixed reaction to his debut, Alien 3. Suddenly, he was no longer the man who’d killed the little girl we’d spent all of Aliens trying to save. Instead, he was a fully realized auteur ready to carve out his place in the annals of cinema, and all eyes were on him to see what he would do next. What he came back with was The Game, a Hitchcockian thriller for the modern age that toned down the controversial subject matter of its predecessor to focus on being a more straightforward genre pic – a decision that raised a few eyebrows.

The film centers on Nicholas Van Orton (Michael Douglas), a wealthy investment banker who has everything but the one thing money can’t buy – happiness. For his 48th birthday, his estranged brother Conrad (Sean Penn) gives him a voucher for a mysterious game operated by the equally mysterious Consumer Recreation Services. Nicholas initially rejects the gift, but curiosity gets the better of him and he agrees to participate. However, it doesn’t take long before reality and the game become one and the same, and Nicholas finds himself caught in a web of conspiracy that grows tighter the more he tries to escape. It’s classic thriller stuff and would make for perfect late-night viewing for someone looking to escape into the fantastical world of movies. It’s the sort of thing Alfred Hitchcock excelled at, and while it’s an oversimplification to say that that’s all the film has going for it – touches of psychological thriller era Brian De Palma are scattered throughout, alongside the occasional moment of surrealism that feels closer to what Charlie Kaufman would later popularize – it’s undeniably a more crowd-pleasing experience than Fincher’s previous work.