The counterculture movement of the 1960s clashes with the hostile Nixon administration in Director Aaron Sorkin’s historical drama, The Trial of the Chicago 7.

Set in the aftermath of what happened after a peaceful protest turned into a violent encounter with the police at the 1968 Democratic National Convention in Chicago, Sorkin’s film recounts the infamous 1969 trial of seven political activists – that included moderate Students for a Democratic Society led by Tom Hayden, militant Yippies led by Abbie Hoffman and Jerry Rubin, and Bobby Seale of the Black Panthers – who were all charged with conspiracy in an unfair trial that transfixed the nation and sparked a conversation about mayhem intended to undermine the U.S. government.

On January 23, Sorkin discussed the making of The Trial of the Chicago 7 in a DGA Virtual Q&A session moderated by Director David Fincher (Mank).

During the conversation, Sorkin spoke about how he came up with a plan to shoot the riot scenes despite his budgetary limitations.

“I find a constraint like that forces you to get creative,” said Sorkin. “It forces you to have an idea. So we came up with this plan, we were going to get a few wide shots and we were going to take advantage of the tear gas. We got smoke everywhere. I discovered what happens when you shoot light through smoke so I wanted smoke in every scene. I could not get enough smoke. It didn’t matter where we were.”

In addition to his directing work on The Trial of the Chicago 7, Sorkin was nominated for the 2017 DGA Award for Outstanding Directorial Achievement in First-Time Feature for his debut film, Molly’s Game. He was also part of the producing team (which includes DGA President Thomas Schlamme) that won multiple Emmy awards for “Outstanding Drama Series” for their work on the series The West Wing. Sorkin also took home an Academy Award for “Best Writing, Adapted Screenplay” for David Fincher’s feature The Social Network.

Sorkin has been a DGA member since 2016. 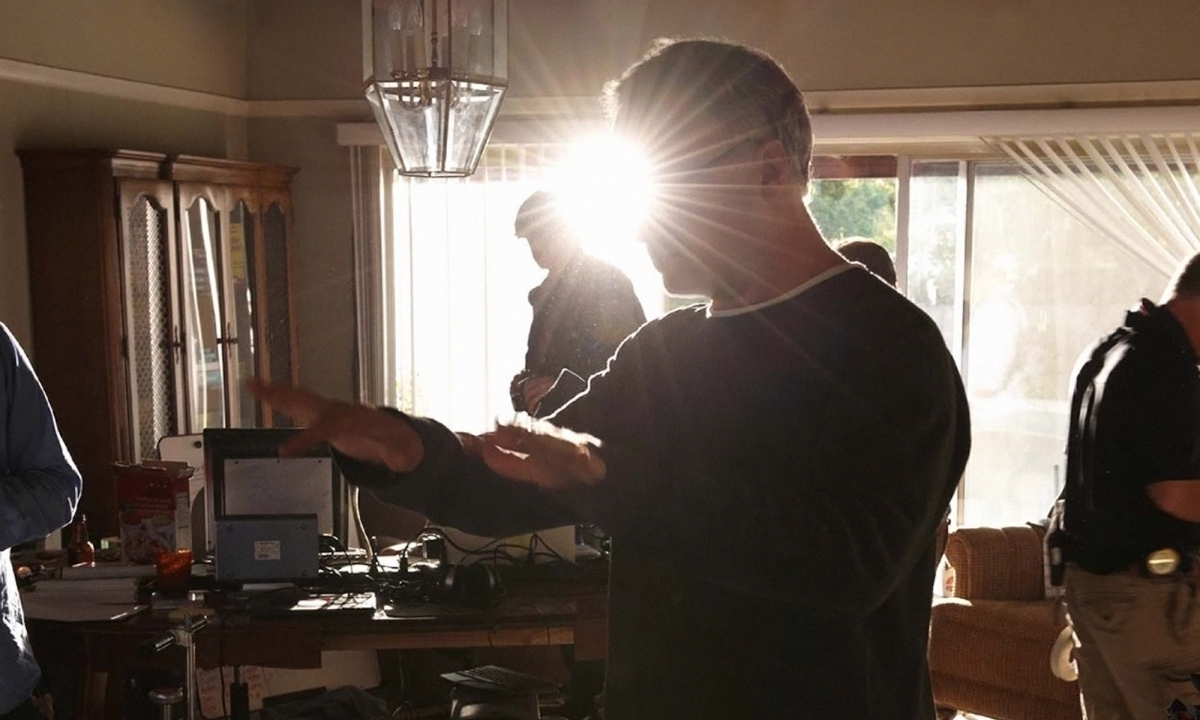 I’ve been Mark Zuckerberg—there are times in my life where I’ve acted that way. There are times in my life where I’ve been Eduardo Saverin—where I’ve gone and made a scene and regretted it and where I’ve been emotional and felt silly and stupid. And there are times when I’ve felt self-righteous and I’ve acted out in this other way… Look, what Mark does is no different than directing a movie—it’s what I do for a living every day. You grow something, and your job is to grow it well and to make sure it gets enhanced and to take care of it. That’s the subject of the movie. And if you have to hurt people’s feelings in order to protect that thing, that’s what you have to do. It’s a responsibility. You want to love every character in the movie. You want to be able to understand them. You want to be able to relate to them. But, as a director, the characters’ behaviors are inevitably related to facets of moments in your own life. You look at the work and say, Maybe I do know what that is. I’ve been the angry young man. I’ve been Elvis Costello. I know what that’s like. The anger is certainly something I felt that I could relate to—the notion of being twenty-one and having a fairly clear notion of what it is you want to do or what it is you want to say and having all these people go, well, we’d love to, we’d love you to try. Show us what it is that you want to do. It’s that whole condescending thing of having to ask adults for permission because the perception is that you’re too young to do it for yourself. And that’s why I understood Mark’s frustration. You have a vision of what this thing should be. And everyone wants to tell you, Oh, well, you’re young. You’ll see soon enough. —David Fincher

The 21st century computer-scribes who work behind the scenes behind the screens, creating culture and beauty with code, got an anti-hero to remember on the silver-screen in 2010 with David Fincher’s 8th feature film. From a once-in-a-generation, “holy shit” screenplay by Aaron Sorkin, The Social Network is a movie about a 19-year-old Harvard student creating Facebook while losing the relationships in his life. It is an examination of a social outsider who built one of the biggest “clubs” the world’s ever seen, and it’s about the new age zooming past the old. It’s about ignorance in high places, that awkward moment when powerful hired officials prove they have no concept of what simple features on Facebook are in a hearing on Facebook security. It’s about a new language of coding that’s sweeping and running the globe, and about treating coding with the respect it deserves. It’s about coders being taken as seriously as writers, musicians, filmmakers, film producers, painters, costume-designers, photographers, and all other artists and creators. It’s about attaining power even though you’re socially anxious or awkward, and about finding that inner drive that helps you accomplish your goals. It’s about what happens when you lose your humility in your thirst for greatness, and about the fragility of the line between “passionate” and “ass-hole.” The Social Network is simultaneously about a seismic shift in the zeitgeist and your best friend getting your company in trouble for feeding his fraternity chicken a piece of chicken. It’s about creating and solidifying one’s identity, and everything and anything else that goes with what Fincher once jokingly referred to as “the Citizen Kane of John Hughes movies.”

Other in-depth articles on films by David Fincher on Cinephilia & Beyond:

Alien3: “Take all of the responsibility, because you’re going to get all of the blame”

Downwards Is the Only Way Forwards: Welcome to David Fincher’s The Game

The Social Network is one of the best films of the 2010s. Aaron Sorkin, a screenwriter famous for his dialogue, teamed up with visual director David Fincher to create a modern film with themes as old as story itself. Watch and learn how they did it!

The Social Network is a 2010 American biographical drama film directed by David Fincher and written by Aaron Sorkin. Adapted from Ben Mezrich‘s 2009 book The Accidental Billionaires: The Founding of Facebook, a Tale of Sex, Money, Genius and Betrayal, the film portrays the founding of social networking website Facebook and the resulting lawsuits. 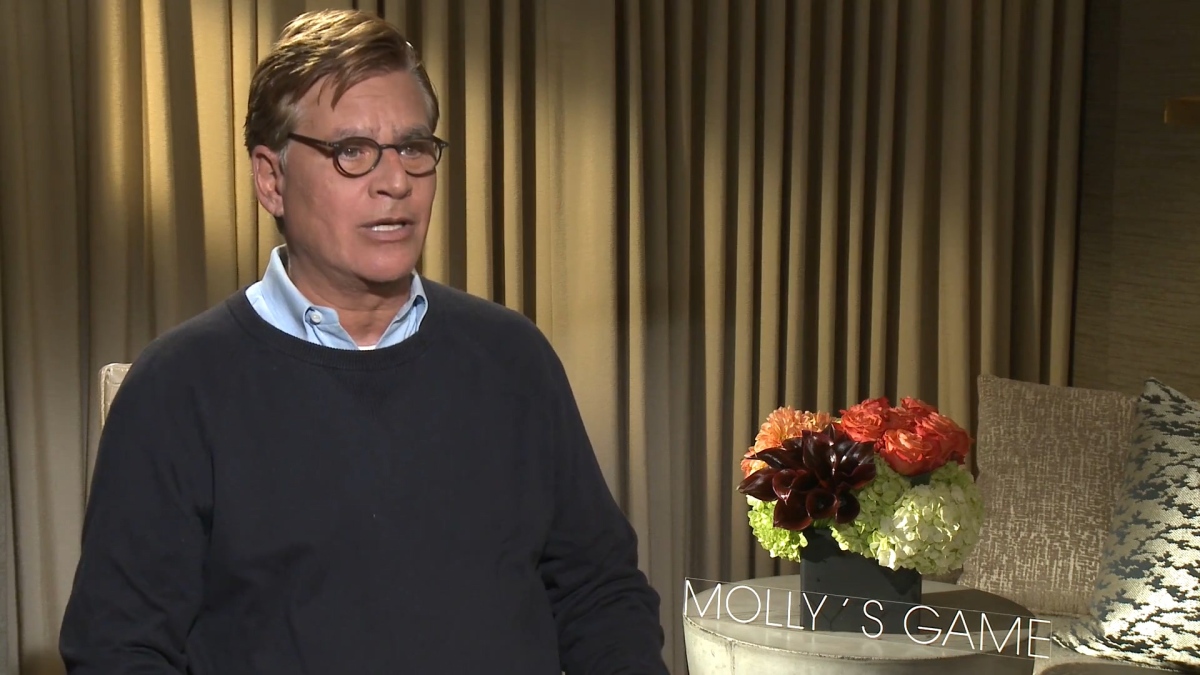 Aaron Sorkin is lauded as one of the best screenwriters of our time whose films have generated more than $350 million dollar at the box office. A seasoned writer of twenty five years penning classics such as The West Wing, and A Few Good Men, it comes as no surprise that Sorkin would get the urge to direct. At one point he was attached to direct The Social Network until David Fincher came along, and Sorkin ended up taking home as Oscar for Best Adapted Screenplay. Seven years later he was sent Molly Bloom’s autobiography, Molly’s Game, and became fascinated with the former high stakes poker queen after meeting with her.

The film adaptation chronicles Molly Bloom’s journey from Olympic skier to running a high stakes poker game in both Los Angeles, and New York. Apparently, A-List celebrities such as Leonardo DiCaprio, Ben Affleck, and Tobey Maguire were frequent players. However, things get ugly fast as soon as the Russian mob gets involved.

Producers Mark Gordon and Amy Pascal ran down a list of possible directors with Sorkin, but offered him another chance to take the director’s chair. He took it. With a tight turnaround from casting to wrapping, Aaron Sorkin’s feature film debuts on Christmas Day. Screen Rant sat down with the first time director and touched base on which director he has learned from the most, and about his quickfire dialogue.