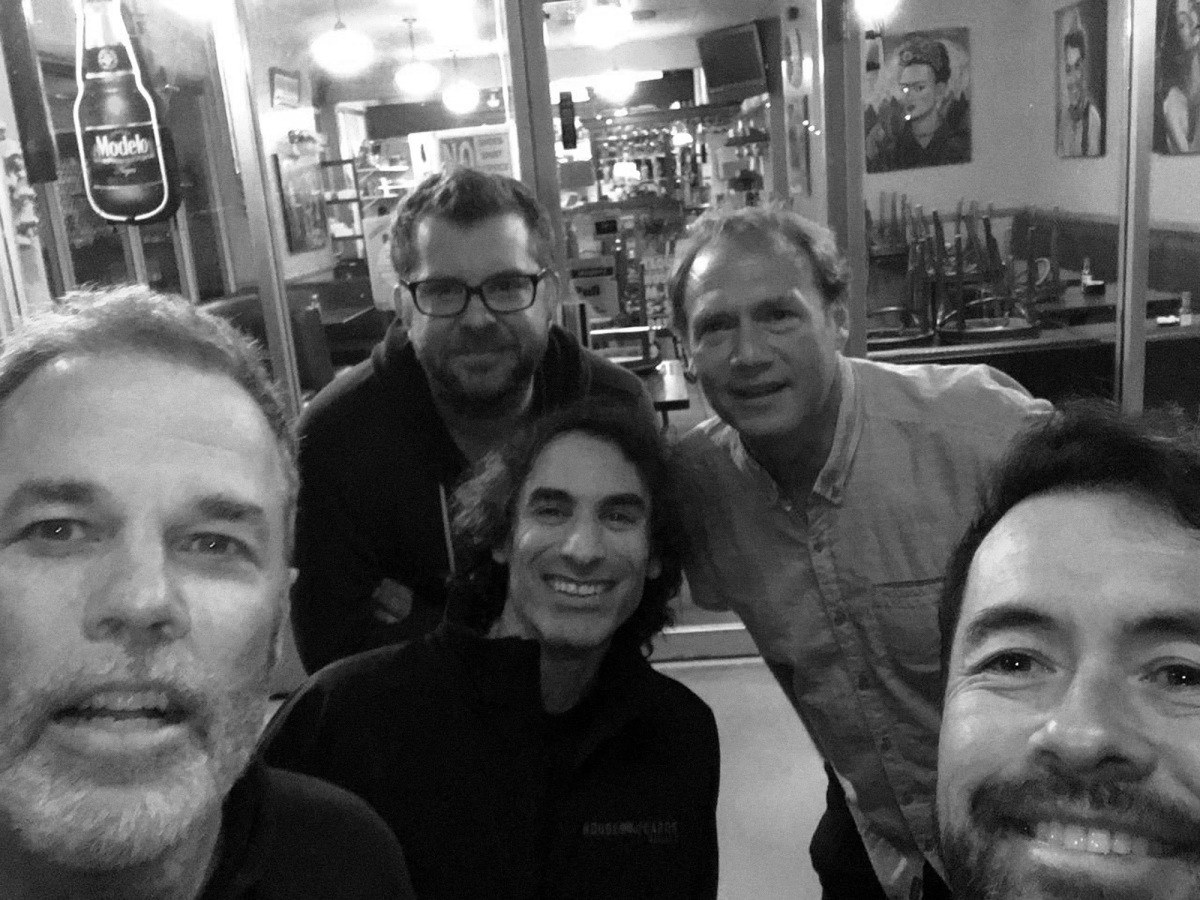 Orson Welles famously observed a writer needs a pen, a painter a brush, and a filmmaker an army.

One of the soldiers behind Welles’ most fabled work is at the heart of David Fincher’s new Netflix film “Mank,” which excavates a creation myth from the contentious backstory of “Citizen Kane,” Welles’ 1941 feature directing debut. Many critics consider it one of the best films ever made.

Fincher commanded his own army of Foley artists, dialog editors and sound specialists for his iconoclastic biographical portrait of the screenwriter Herman J. Mankiewicz (Gary Oldman).

Verisimilitude was the most pressing concern in crafting a symphonic soundtrack of rare cars, Underwood typewriters and vintage telephones.

“We know what Fincher is trying to get at when he is giving us directions,” Molod said. “Sometimes when he is asking us to provide certain sounds and he gives us a description of what the character or location is, it’s not always meant to be a literal translation.

“It’s more of a feeling and what he is trying to convey.”

Most important they all had a deep work background with the fastidiously exacting filmmaker.

Cinema director David Fincher created one of the first original streaming series with House of Cards, and his innovative spirit infuses the Netflix original series Mindhunter, now in its second season.

In this podcast episode, the sound team discuss Fincher’s unique approach to the sound of serial killer interrogation scenes, a hallmark of this fascinating, dark series. The team discuss setting the acoustic tone of the series, including the oppression of the FBI agents’ basement office (and a very special door), why it was important to Fincher to always hear trainee agents at Quantico at target practice, and the joy of receiving Fincher’s incredibly detailed mix notes.

Listen to the SoundWorks Collection podcast on: 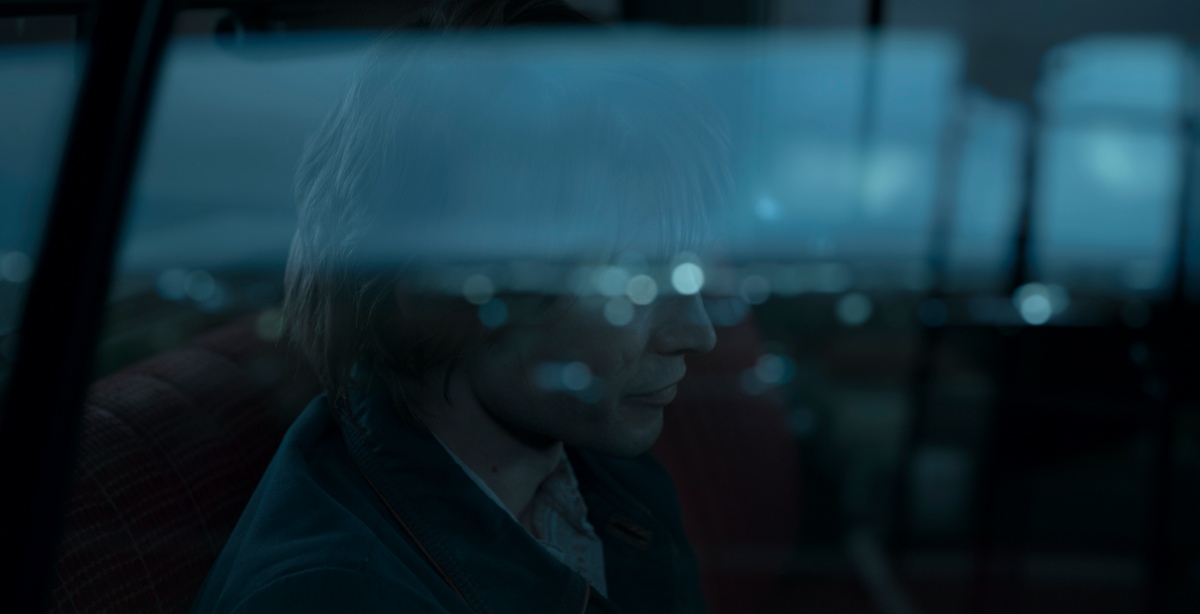 Director David Fincher’s Mindhunter series on Netflix is as calculated as the serial killers it fictionalizes. Fincher locks down all the details on a nanoscopic level, including the sound. Here, Skywalker Sound supervising sound editor Jeremy Molod talks about his collaboration with Fincher and how they deliver a finely-crafted show.

Having spent so much time as a Foley editor in his early career, award-winning supervising sound editor Jeremy Molod, at Skywalker Sound, appreciates the value of that performance art, as does his long-time collaborator director David Fincher. So much so, that Fincher even requests samples of potential footstep sounds for his characters before the Foley is shot. With all the details that a director has to attend to, it’s rare that one allocates so much attention to sound — even down to the Foley footsteps.

In Season 2, Ep. 2 of Netflix’s Mindhunter series — which is up for Emmy consideration for sound editing and mixing — Fincher and Molod used Foley and sound design to communicate the nervousness and discomfort of BTK-survivor Kevin Bright (Andrew Yackel) as he recounts details of the attack to detectives Tench (Holt McCallany) and Drowatzky (Jeb Kreager). Kevin is in the backseat of Drowatzky’s truck, and because of the camera angle and depth-of-field, he’s not clearly seen by the audience. His movements are implied through Foley, and those increasingly agitated movements reflect Kevin’s emotional state.

Here, Molod discusses the sound team’s work on Mindhunter, focusing on several key scenes in Season 2, Ep. 2, and their use of Foley and loop group as a storytelling tool that adds unique detail to the soundtrack.

How has your experience of working on Mindhunter Season 1 impacted your approach to Season 2? Any lessons learned on that first season that sparked ideas for this new season?

Jeremy Molod (JM): Once we got through the first season, our crew had a rhythm down. That made things a lot easier for Season 2 just in terms of our workflow and how we do it.

We didn’t take a new approach to the second season. We treated Season 1 and Season 2 as one long, huge movie. We continued exactly what we were doing before. David [Fincher] would give us his spotting notes and we’d work on it and then he would give us notes on what he liked and didn’t like. We just proceeded that way.

Since you’ve worked with David Fincher before, did he just give you general notes and let you do your thing?

JM: No. He’s very hands-on, more so than any other director I’ve worked with. He cares about every little aspect. Before we start working on it, he’ll tell us what he has in mind sound-wise, but every single day he is chiming in with more information, more detailed notes, and more ideas of things he’d like us to try. It’s a back-and-forth all the time. I send things to David almost every day for him to listen to and make notes on. It’s a very collaborative effort.

Often directors are so busy handling everything else that they don’t have time for sound collaboration. It’s good to hear he’s very involved in that…

JM: Absolutely. It’s a rare thing for a director to be this involved in sound, but that’s one of the reasons his movies are so good. He cares about every little aspect of it.

I was late in discovering David Fincher’s gripping series on serial killers, Mindhunter. But last summer, I noticed the Netflix original lurking in my suggested titles and decided to give it a whirl. I burned through both seasons within a week. The show is both thrilling and chilling, but the majority of these moments are not achieved through blazing guns, jump scares and pyrotechnics. It instead focuses on the inner lives of multiple murderers and the FBI agents whose job it is to understand them through subtle but detail-rich conversation.

Sound plays a crucial role in setting the tone of the series and heightening tension through each narrative arc. I recently spoke to rerecording mixers Scott Lewis and Stephen Urata as well as supervising sound editor Jeremy Molod — all from Skywalker Sound — about their process creating a haunting and detail-laden soundtrack. Let’s start with Lewis and Urata and then work our way to Molod.

How is working with David Fincher? Does he have any directorial preferences when it comes to sound? I know he’s been big on loud backgrounds in crowded spaces since The Social Network.

Scott Lewis: David is extremely detail-oriented and knowledgeable about sound. So he would give us very indepth notes about the mix… down to the decibel.

Stephen Urata: That level of attention to detail is one of the more challenging parts of working on a show like Mindhunter.

Working with a director who is so involved in the audio, does that limit your freedom at all?

Lewis: No. It doesn’t curtail your freedom, because when a director has a really clear vision, it’s more about crafting the track to be what he’s looking for. Ultimately, it’s the director’s show, and he has a way of bringing the best work out of people. I’m sure you heard about how he does hundreds of takes with actors to get many options. He takes a similar approach with sound in that we might give him multiple options for a certain scene or give him many different flavors of something to choose from. And he’ll push us to deliver the goods. For example, you might deliver a technically perfect mix but he’ll dig in until it’s exactly what he wants it to be.

Urata: Exactly. It’s not that he’s curtailing or handcuffing us from doing something creative. This project has been one of my favorites because it was just the editorial team and sound design, and then it would come to the mix stage. That’s where it would be just Scott and me in a mix room just the two of us and we’d get a shot at our own aesthetic and our own choice. It was really a lot of fun trying to nail down what our favorite version of the mix would be, and David really gave us that opportunity. If he wanted something else he would have just said, “I want it like this and only do it like this.”

But at the same time, we would do something maybe completely different than he was expecting, and if he liked it, he would say, “I wasn’t thinking that, but if you’re going to go that direction, try this also.” So he wasn’t handcuffing us, he was pushing us.