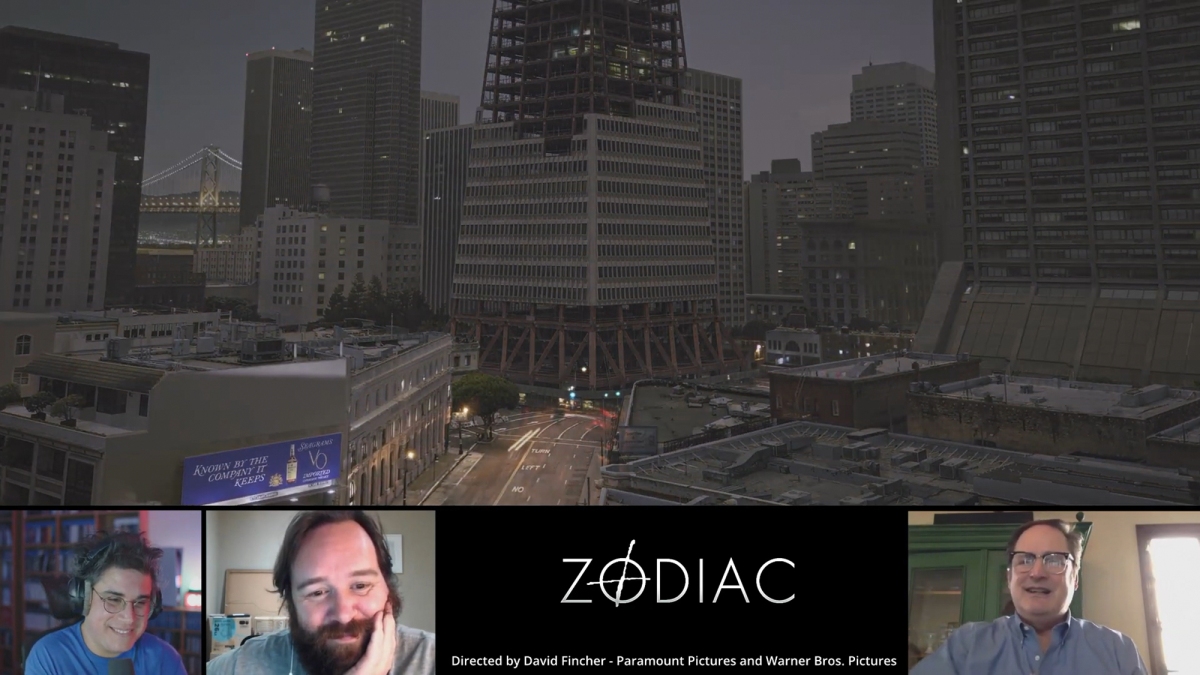 On this episode of VFX Notes, Hugo Guerra from Hugo’s Desk and Ian Failes from befores & afters are joined by Craig Barron. Barron is creative director at Magnopus, and previously worked as a matte painter at ILM and co-founder and visual effects supervisor at Matte World Digital. Barron won a VFX Oscar for The Curious Case of Benjamin Button, and was also nominated for a VFX Oscar for Batman Returns.

They talk about his amazing career and his work in Zodiac, Casino, Empire Strikes Back, Batman Returns, and so much more, what those original days of matte painting in the optical era were like, and how the transition to digital happened. Matte World Digital’s work on Zodiac, amongst other films, was also discussed in a previous episode.

This episode is sponsored by ActionVFX Black Friday sale. It begins November 25th at 8 PM EST and will end on December 3rd at 11:59 PM EST. All VFX elements in the library will be 55% off the first 24 hours, & 50% off the remaining days of the sale. All Annual Subscription Plans (Individual & Studio Plans) purchased during the sale will receive 2x the amount of monthly elements. Learn more here. 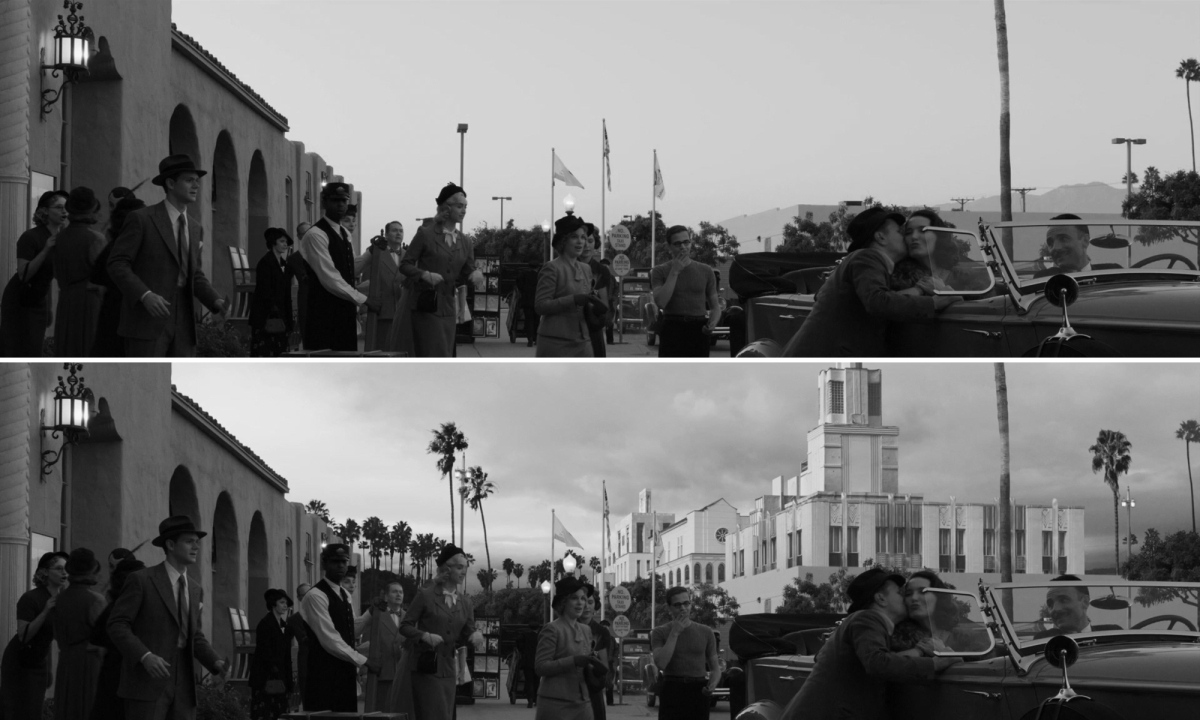 Behind the Magic: The Visual Effects of MANK

Take a look behind the invisible visual effects of ‘Mank’. ILM contributed a series of shots to the film including the various animals housed at the Hearst Castle private zoo. We created a host of photo-real CG animals to complete the scenes featuring capuchin monkeys, giraffe, elephants, and their environs such as the ornate wrought-iron victorian-era monkey’s enclosure and the gated grass area housing the roaming elephants and giraffe. 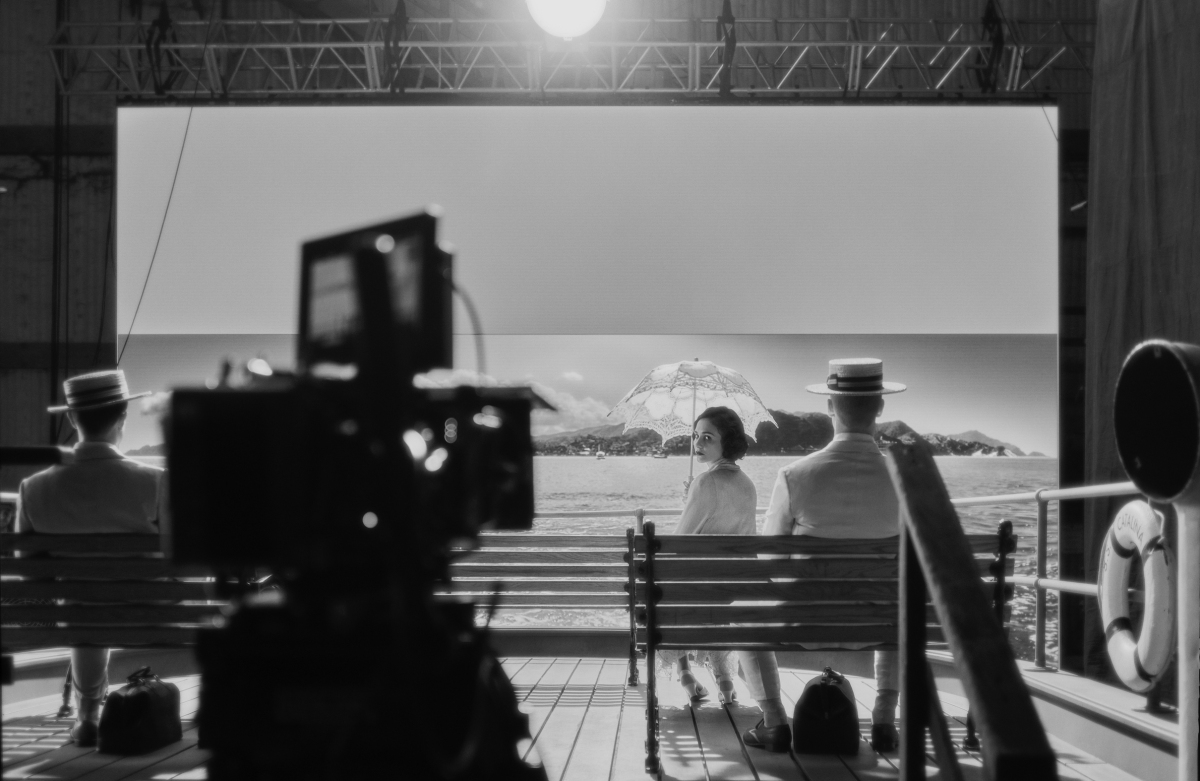 There’s something appropriate about David Fincher’s Mank premiering during one of the most unusual years Hollywood has experienced in several generations.

The tale of eccentric, unpredictable screenwriter Herman J. Mankiewicz’s efforts to pen the screenplay for Citizen Kane, Mank is a throwback to American cinema’s golden age, meticulously filmed in black and white and set in and around pre-war Hollywood. In order to recreate the historic look and feel of the era (and the film itself), Fincher and co-producer Peter Mavromates, who also served as post-production supervisor and visual effects producer on the film, worked with several VFX studios to turn back the clock for Mankiewicz’s saga.

Digital Trends spoke to Mavromates about his work on Mank, which is available now on Netflix and a contender for an Oscar nomination in the visual effects category, to find out how the film used VFX to create its cinematic time capsule.

When tackling a period-centered project like Mank, David Fincher and his assembly of below the line craftspersons create magic, fully immersing the viewer in a faithfully recreated 1930s-era California. While the project leveraged many real-world locations and built sets, changing times and the absence of an unlimited budget posed some challenges to create that immersive world Fincher and team demanded. To complete the illusion, the filmmakers looked to co-producer Peter Mavromates, who led a team of four visual effects (VFX) supervisors.

Now, Mank isn’t effects-heavy The Avengers, but that doesn’t mean VFX aren’t just as critical to the film’s storytelling and overall atmosphere.

“The assumption, at minimum, is that you’re going to at least need to retouch a background to get rid of modern anachronisms,” Mavromates explained. “As in this movie, there are situations where David [Fincher] will want to actually replace the background so that period buildings are back there.”

Edward Douglas
February 8, 2021
Below the Line

There are many reasons why there’s a general wave of excitement whenever there’s a new David Fincher movie. That’s particularly been the case with Mank considering the six-year gap since Fincher’s last film Gone Girl, roughly half that time in which Fincher was making the series Mindhunter for Netflix.

Most of Fincher’s fans within and outside the industry see the filmmaker as a modern master of the visual medium, and Mank offers further proof of this with stunning shots recreating Hollywood in the ‘30s and ‘40s, fully realized background environments in which well-known icons from the era discuss the political climate of the times, both in the country and in Tinsel Town itself. At the center of it all is Gary Oldman’s Herman Mankiewicz, the illustrious screenwriter who would win a shared Oscar for co-writing Orson Welles’ Citizen Kane.

One person who has been along for the ride watching Fincher’s rise as a visionary filmmaker is Peter Mavromates, whose first film with Fincher was 1997’s The Game, but who first met the director on a Michael Jackson video and a commercial he directed. Mavromates has worked in post for over 35 years, as one of the first to champion the benefits of combining analog film with digital post, producing his first DI (Digital Intermediary) for Fincher’s 2002 movie, Panic Room, which was shot on analog. Five years later, he did the same for Zodiac, Fincher’s first digitally-shot film.

As Fincher’s Post-Production Supervisor, Mavromates’ duties continued to expand and evolve, his duties involving all the budgeting and hiring when it comes to the post process. “I like to describe it as once the image is captured, it becomes my problem,” he told Below the Line over a Zoom call a few weeks back.

Fincher provided meticulous notes to Industrial Light & Magic on how the monkeys, giraffes, and elephants should look and perform.

In a brief but memorable series of exchanges with the animals during their chatty moonlight stroll, Mank (Gary Oldman) and Marion Davies (Amanda Seyfried), are definitely upstaged by the scene-stealing Capuchin monkeys, elephants, and giraffes. “David wanted specific performances from all the animals,” said ILM VFX supervisor Pablo Helman (“The Irishman”). “He wanted the [four] monkeys to be agitated, the giraffes to spring in a certain way, and the elephants to have a response.”

A consistent entry on the greatest of all-time films is Citizen Kane, which is famous for innovative filmmaking, having been inspired by the life of American media mogul William Randolph Hearst and serving as the Hollywood debut of wunderkind Orson Welles. Just as legendary is the behind-the-scenes turmoil, in particularly Hearst attempting to derail the project and the careers of those involved. There were also accusations that Welles did not deserve a screenwriting credit as the true author was Herman J. Mankiewicz.

Over the course of his career, Mank co-producer and VFX Producer Peter Mavromates (Mindhunter) has frequently collaborated with Fincher as a post-production supervisor. “There is a high level of consistency in our post team, so we get to have that conversation about how we can do it better the next time.”

Visual effects and DI are done in-house. “When we’re doing tests during pre-production,” Mavromates says, “a lot of the time they are shot in the parking lot and we bring the files right into the DI in the building. How awesome is that kind of feedback for Erik Messerschmidt [Raised by Wolves], our DP, and David Fincher to be able to play with something, see it, test it, bend it, and then go back out and try an alternative version right away? That’s valuable. That’s also the advantage to having in-house visual effects, which is having the ability not to be on the clock. I can call David upstairs where our visual effects are and say, ‘I want you to look at these three shots.’ I can give feedback to the artist right there, and maybe the artist can immediately do his note and get him to sign off. I think of David as the visual effects supervisor and I am the supervisor on some of the more technical stuff, like retouches.” 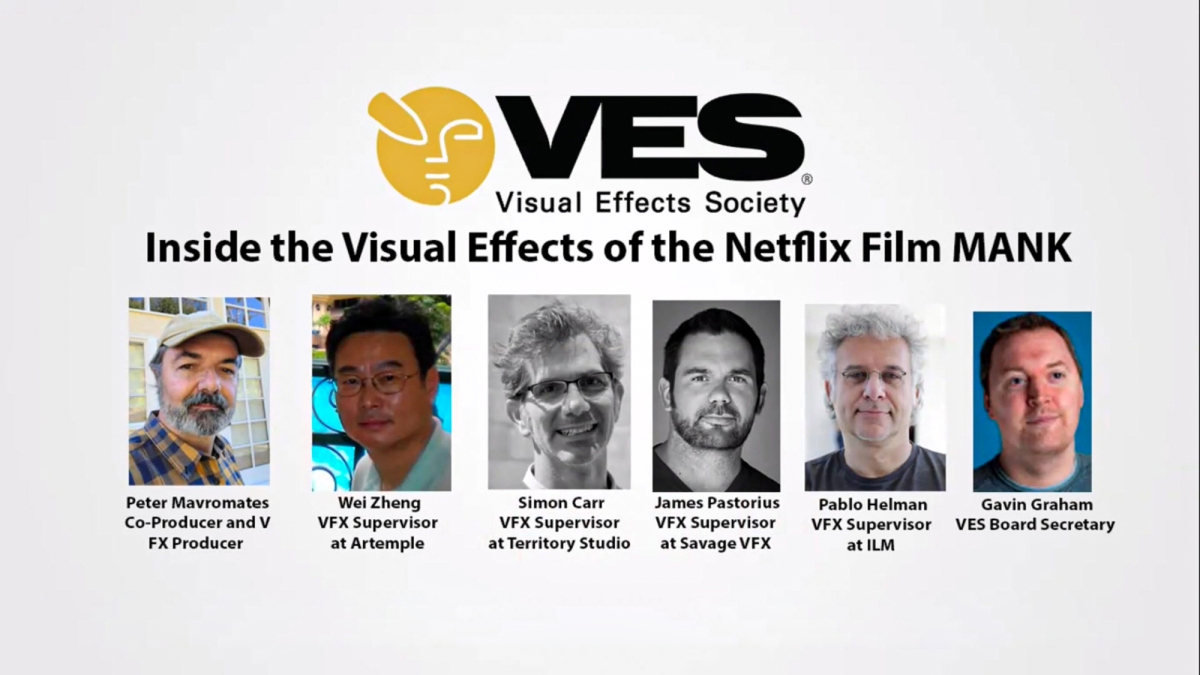