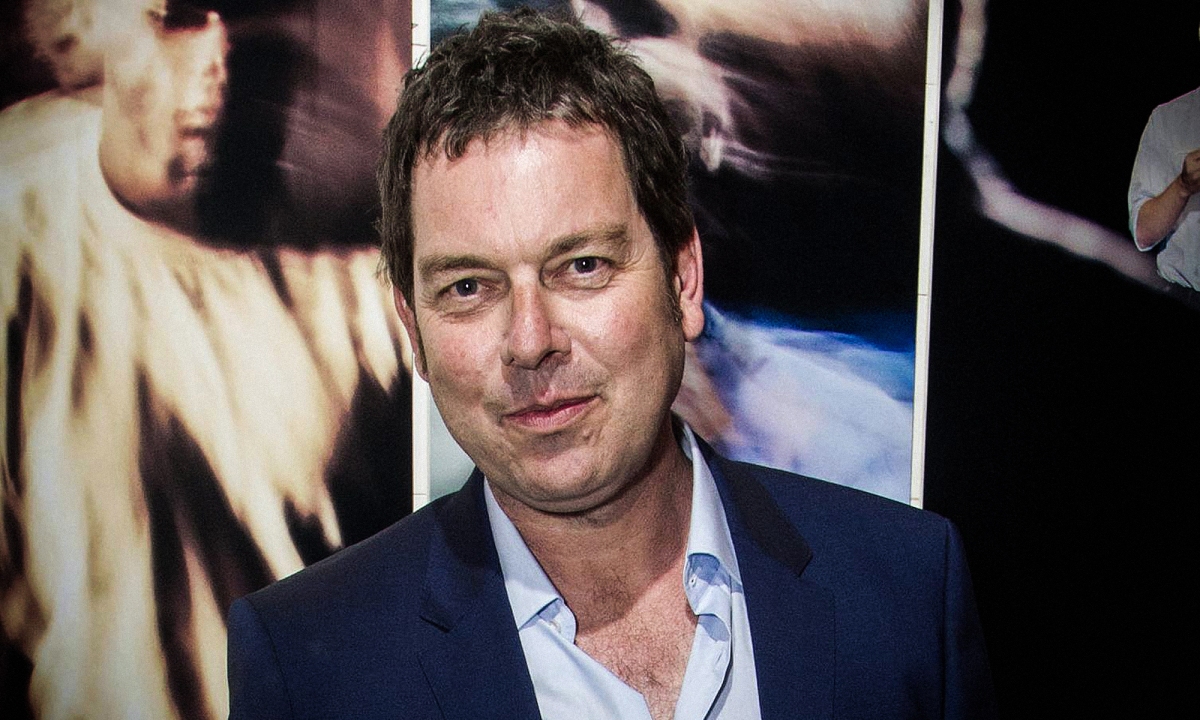 “We’re working as fast as we can,” Joe Penhall tells Inverse.

Joe Penhall has been keeping busy. In between researching and writing Mindhunter Season 2, he also had time to pen King of Thieves, a new movie out next week about a group of elderly British burglars. But we couldn’t resist asking about his hit Netflix show, and, in an interview, Penhall tells Inverse approximately when we can expect Mindhunter Season 2 to arrive along with his plans for Season 3 and beyond. (Listen to the interview in the video above, if you can stand the sound of my rapid note-taking throughout.)

You might think that, as series creator, Penhall would be heavily involved with the editing process, but once filming wrapped in December 2018 he was essentially finished with Mindhunter Season 2.

“The editing process is quiet for me because David Fincher locks himself away and doesn’t really want to share with anybody,” Penhall says. “And I don’t particularly need to see things half finished.”

He added that Season 1 took about “6 months of 8 months” to edit, suggesting that Mindhunter Season 2 could see a similar timeline, only faster.

Read the full profile and listen to the interview

When will Mindhunter season 2 be released? Here is what its creator told us

Joe Penhall also talks Charles Manson, his 5 season plan and admits he almost passed out at FBI’s museum of death.

Mindhunter creator Joe Penhall is hopeful that the second season of the Netflix show will be released by the end of 2019, although he admits that all depends on director David Fincher.

Shooting on Mindhunter season 2 finished “about a month ago,” but when it comes to its release date Penhall says, “I don’t know because that’s always up to David. He kind of goes into editing and he doesn’t talk to anybody until he comes out again.”

“I would hope that would be by the end of this year but I just don’t really know. Yeah and he’s a rule breaker and he wants to do it on his own with his own schedule.”

The Curious Case of Benjamin Button is, at first glance, a unique entry in director David Fincher’s filmography. It’s an epic romance of sorts; a sweeping love story told through the ages, one which would appear to be at odds with what many view as a cold and cynical worldview that permeates Fincher’s other films like Se7en, Fight Club, or Zodiac. But upon further inspection, The Curious Case of Benjamin Button fits right in with the rest of Fincher’s darker films, as it’s really the story of a man whose entire life is surrounded by the reminder of death.

Benjamin Button hit theaters on December 25, 2008—almost exactly a decade ago—and was the biggest hit of Fincher’s career until Gone Girl, grossing over $330 million worldwide. It received mostly positive reviews and was nominated for 13 Oscars, winning three for Art Direction, Makeup, and Visual Effects. It almost certainly paved the way for Fincher to next make The Social Network, another successful Oscar-winning film, but actually creating The Curious Case of Benjamin Button was arduous, and the road to getting the film off the ground in the first place was a decades-long journey.

The Curious Case of Benjamin Button itself is based on a short story in an F. Scott Fitzgerald book published in 1922, and the central premise caught Hollywood’s attention in the late 1980s: the story of a man born old who ages backwards and dies young.

The first director attached to the project was Frank Oz, with Martin Short attached to star. But after working on the script for a few months for Universal Pictures, Oz left the project. He couldn’t quite crack how to turn this short story into a compelling drama, as the central premise lacked significant conflict.

So Universal’s president of production at the time, Casey Silver, next turned to screenwriter Robin Swicord, asking her to attempt an adaptation. She turned in a first draft in January 1990 and her contribution was so substantial that on the finished iteration of the film directed by Fincher, Swicord received a “Story by” co-credit. 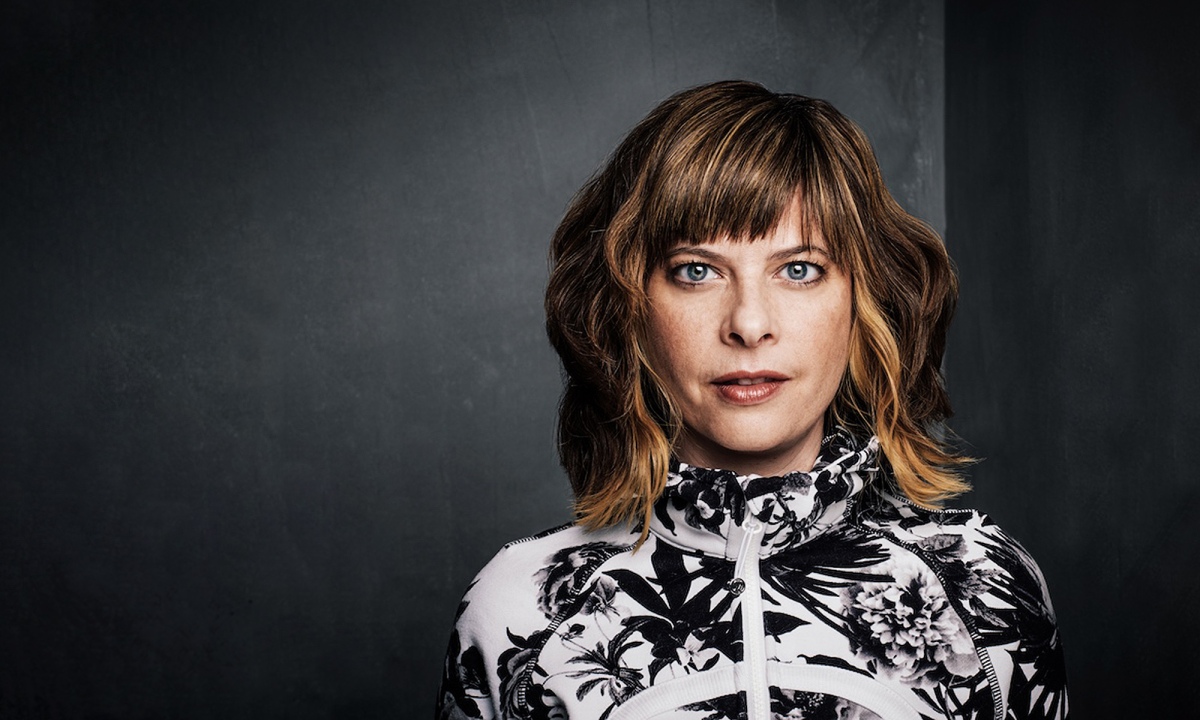 Thrilling, dark, gripping and tense are just some of the words used to describe the hit Netflix series Mindhunter. Playwright Jennifer Haley is a writer and co-producer on the series, and joins us this week to share her experience getting into the minds of FBI agents and serial killers.

Mindhunter is a meticulously paced crime drama based on the writings of the pioneering serial killer profiler John E Douglas. Along with his team, they interviewed the likes of Ted Bundy, Charles Manson, and Ed Kemper during the seventies and eighties which resulted in a redefining of criminal profiling forever.

The series has wonderful casting, beautiful cinematography, and some of the creepiest conversations you will hear this year. Lead by David Fincher who is Executive Producer and director of four of the episodes, the writers on Mindhunter have delivered an amazing array of characters. 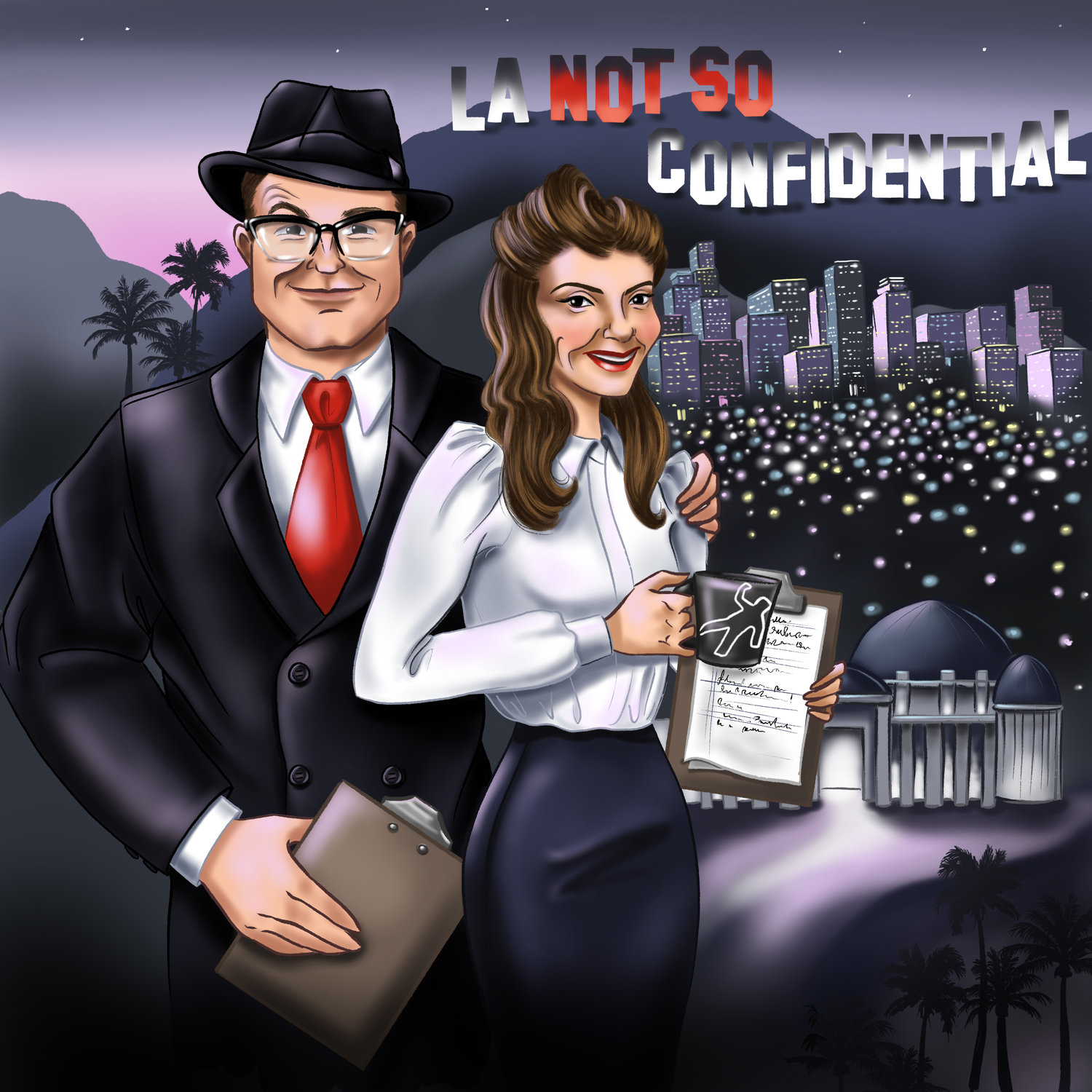 Forensic psychologists, Dr. Scott and Dr. Shiloh, interview award-winning playwright Jennifer Haley who was a writer on Season 1 of Netflix‘s 2017 hit Mindhunter. In their first interview episode, they dive into the excitement and obstacles of bringing John Douglas‘ book to life and dish on several story arcs that leave us not-so-patiently waiting for Season 2! What’s with Wendy and that cat? Will there be a musical episode to see Jonathon Groff in action?

Listen to the full interview

Dr. Shiloh and Dr. Scott dissect their new favorite show, Netflix’s Mindhunter, and compare their own first experiences interviewing and working with the criminal population.

Dan and Abe interview the writer of Se7en Andrew Kevin Walker. Andrew touches on the history of Se7en, meeting Fincher, and his Silver Surfer script. 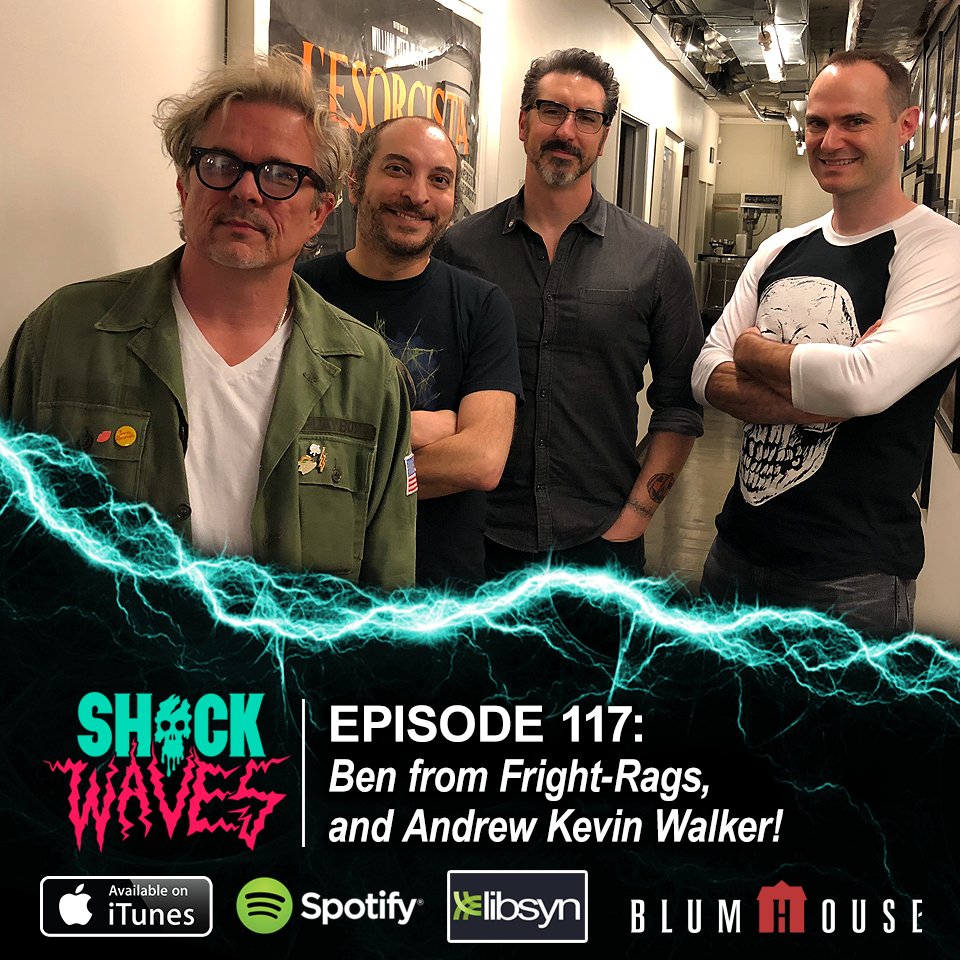 Join your hosts Ryan Turek and Rob Galluzzo as they welcome to the show Ben Scrivens, the owner/creator of horror T-shirt company Fright-Rags! Reviewed! TALES FROM THE HOOD 2, AMERICAN HORROR STORY: APOCALYPSE. The gang is also joined by special guest Andrew Kevin Walker, the screenwriter of David Fincher‘s SE7EN, SLEEPY HOLLOW, BRAINSCAN, 8MM, THE WOLFMAN, and much, much more. We get candid about the screenwriting process, the projects that never came to be, his working relationship with Fincher, and how he wrote SE7EN while working at Tower Records! All this and more! 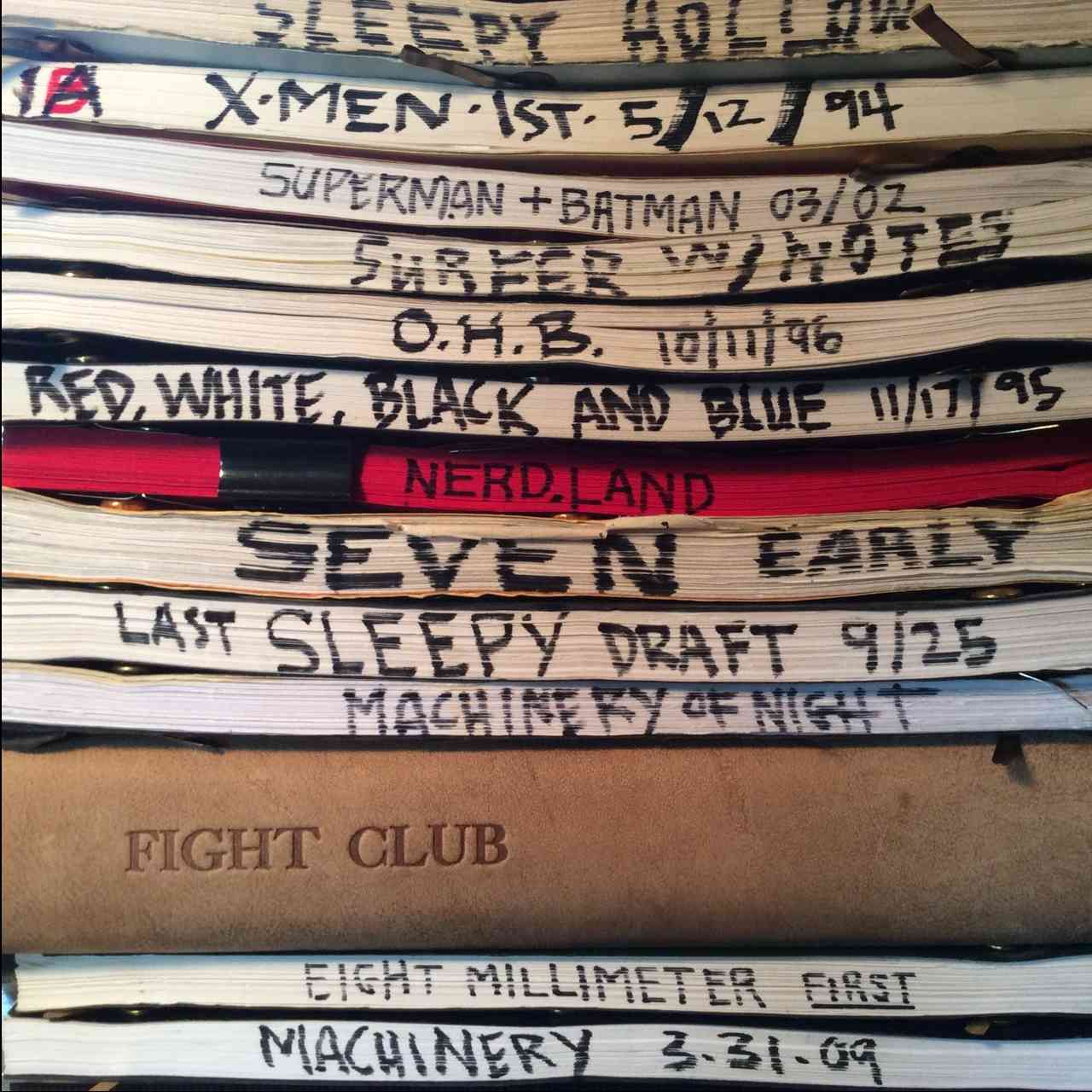 How can the good guy and bad guy be so similar?

At the core of any story is the relationship between protagonist and antagonist, especially in a story where the protagonist must understand his enemy in order to find him. The best battles between good and evil are convoluted with characteristics that could be categorized as either, or neither. When hero and villain are more alike than either would want to admit, that makes for a dynamite struggle between them. There are so many books out there that explain how to achieve that element in storytelling, but few movies ever do it as well as David Fincher’s serial killer masterpiece Se7en (1995).

Honestly, we’ve learned to expect nothing less than greatness with a Fincher + serial killer collaboration, and Se7en was his first. This almost neo-noir thriller follows the investigation of a serial killer using the seven deadly sins to justify brutal killings all over an unnamed city. Detective Somerset (Morgan Freeman) is an aging homicide detective on his way out of the department when he’s assigned the worst last case. He’s paired with his replacement, an idealistic and determined young detective named Mills (Brad Pitt). They’re forced to work through their differences to solve the case, which is more horrifying and unpredictable than either could imagine.

There are viable arguments for who is the true protagonist in this movie, Somerset or Mills. For the sake of reading the rest of this article, just humor me if you disagree that Somerset is the protagonist in this story. He begins and ends this movie, most of the struggles are his own, and he’s in 90 percent of the scenes. While Mills has a major relationship with the killer John Doe (Kevin Spacey) as well, what convinces me that he is not the protagonist is the connection and similarities between Somerset and Doe. 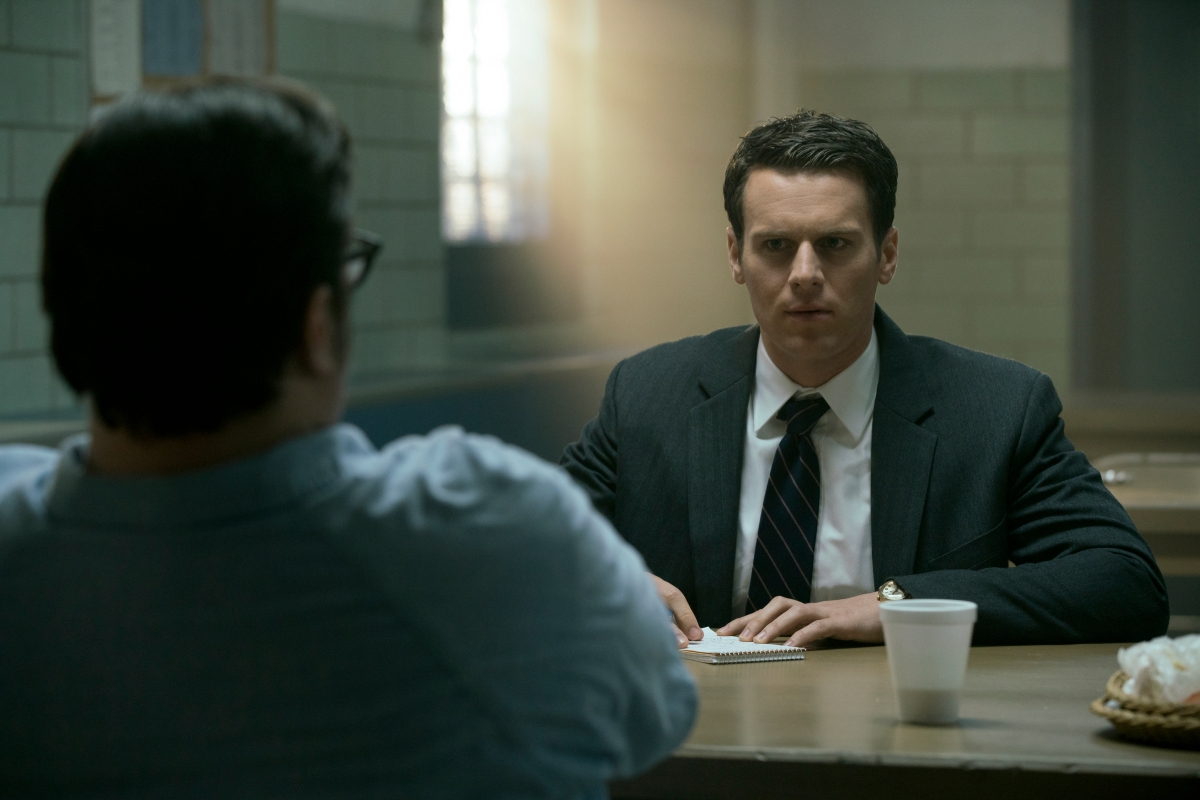 A video of Lee Child’s intro to last year’s BFI screening of “SE7EN“. I was there that night for the specially imported, ‘privately owned’ (QT?), original CCE 35mm print. I would have preferred a 4K DCP…

Thriller author Lee Child talks to the BFI‘s Stuart Brown about David Fincher’s dark crime thriller, which follows a detective duo who find themselves pursuing a serial killer who uses the seven deadly sins to theme his murders. With a great ensemble cast and Darius Khondji’s camerawork helping to bring out the bleak, urban landscape, Se7en was a worldwide success.