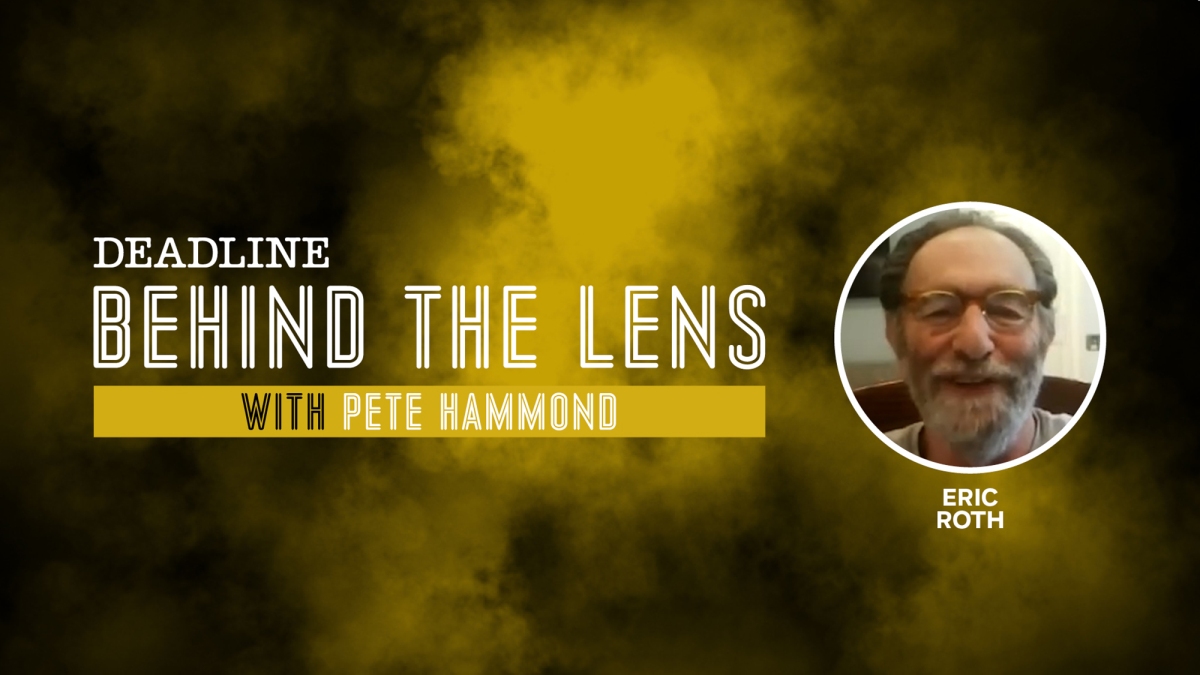 Working With Everyone From Scorsese To Spielberg To Fincher, And How He Became A Producer On ‘Mank’

If you are in the mood for a master class in what it takes to be a successful screenwriter in Hollywood, look no further than this week’s episode of my Deadline video series Behind the Lens, where I go deep into the making of Mank with one of its producers, Eric Roth. This happens to be Roth’s first feature film producing credit, and he still laughs at the thought of it because in his heart he isn’t really a member of that tribe. The man is a writer through and through; while Mank has brought him his sixth Oscar nomination, it’s his first in the Best Picture category.

Roth is one of the most prolific writers in movies, having previously been Oscar nominated for scripts on Munich, The Insider, The Curious Case of Benjamin Button, A Star Is Born and Forrest Gump, for which he actually won the Academy Award. He talks about all of them, what it takes to make a successful movie, the many directors he has worked with, as well as actors, and so much more. Scorsese, Spielberg, Fincher, Mann, Zemeckis — the list is just so very long.

We actually start our interview talking about one big name he worked with that made him very proud, and that was Akira Kurosawa. Not bad. He also has high praise for his Mank director David Fincher, and tells how the director brought him into the project as a producer, but to also carefully parse the screenplay without rewriting it. In other words, he and Fincher went over it line by line and Roth was probably the best kind of sounding board you could ever hope for. Fincher’s late father Jack Fincher died in 2003 but gets sole credit. In that regard we also talk about how a film about a film about a screenwriter could gather a leading 10 nominations yet not get one for its writing (!) It baffles him, but that is what happened. Mank details the creation of the certified 1941 classic Citizen Kane as well as how writer Herman Mankiewicz and Orson Welles managed to jointly create an all-timer, sharing the film’s only Oscar for Best Screenplay.

Roth’s other credits include scripts for The Good Shepherd, Ali, The Postman, The Horse Whisperer, Extremely Loud and Incredibly Close, the upcoming Killers of the Flower Moon for Martin Scorsese, whom he praises mightily, and Denis Villeneuve’s Dune, among others. When I produce a preview card for one of his earliest credits, The Nickel Ride, which I saw at a sneak in 1974, he went right down memory lane and tells the story of his first job on a big film, rewriting The Drowning Pool for Paul Newman who greeted him on the set by saying, “Here comes our savior.” Indeed.