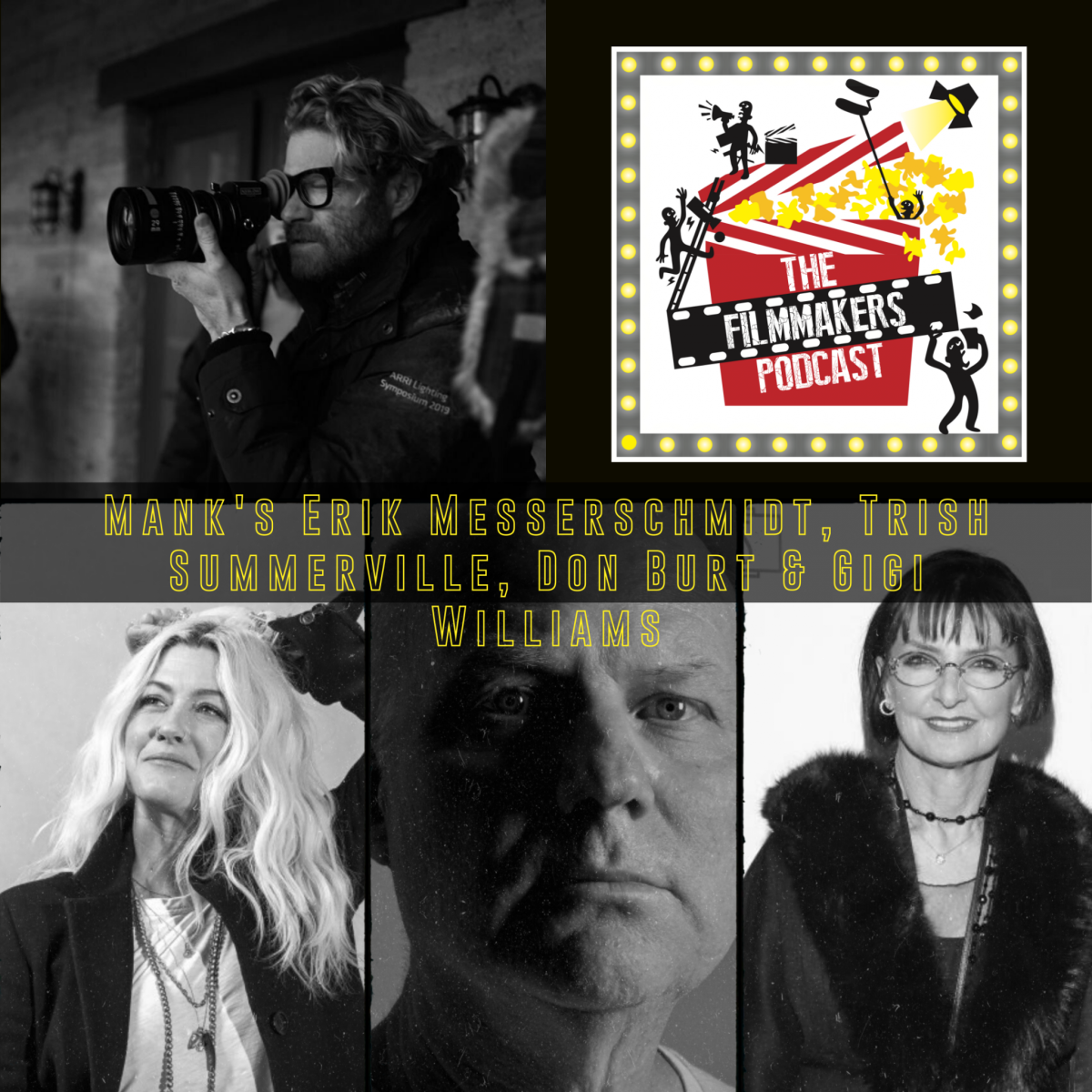 We are delighted to bring to you our SPECIAL bumper episode on the Making of David Fincher’s BAFTA & OSCAR nominated ‘Mank’.

We start with Giles Alderson and Andrew Rodger having a chat with ‘Mank’ Cinematographer Erik Messerschmidt about going from Gaffer on Fincher’s Gone Girl to DoP on Mank and how he made the transition to make his debut feature film.

He talks pre-production, how he works with Fincher especially during the repeated takes, what the process was to shooting in black and white and the camera they used.

Co host Phil Hawkins then joins Giles to chat to Make Up designer Gigi Williams about her process, the difference between shooting on digital vs. film. What she works on first how she collaborates with the HOD team and gives some brilliant Make Up tips.

We then chat to Production Designer and Art Director Donald Graham Burt AKA Don Burt about designing the film from preparation through the shooting. He explains why listening is so important in film-making, how he researches a project and how he created the 1930/s & 1940 style and look. And how you don’t have to appease to get ahead.

Finally we chat to Costume Designer Trish Summerville about how she created the look and feel of Mank through her costumes. She talks about working in teams, how to collaborate with actors to help create the characters and how to use colours and patterns to portray certain emotions!