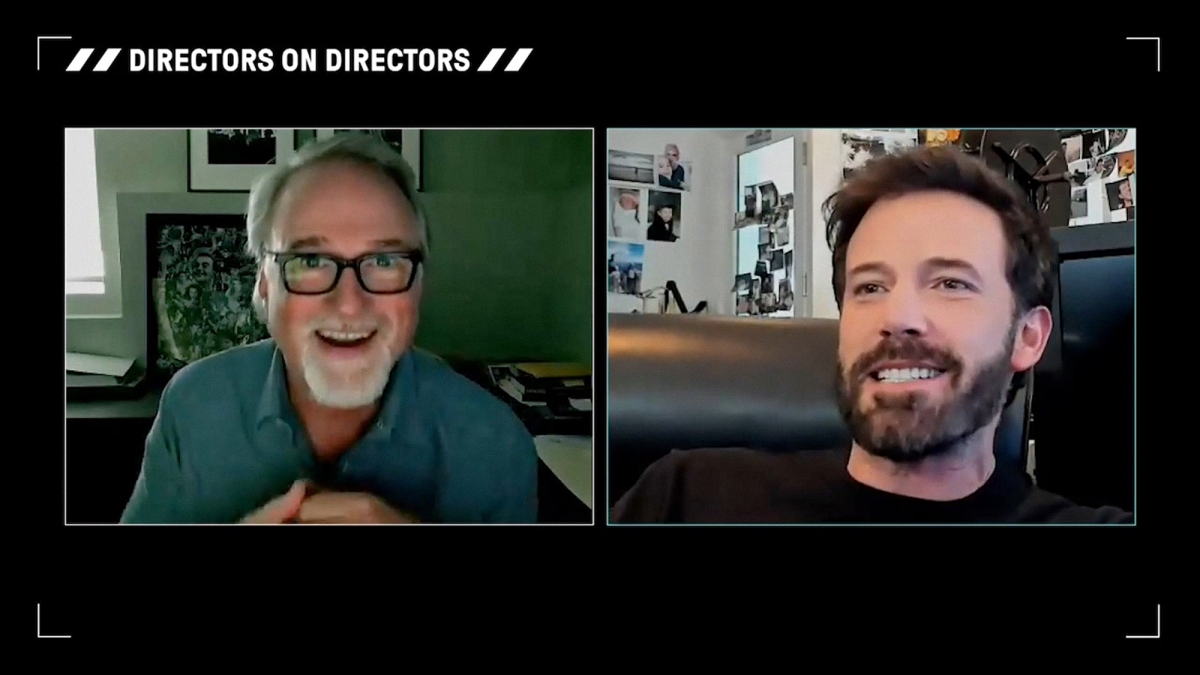 For once, Ben Affleck gets to ask the questions.

That’s how the actor-director framed his duty of leading a conversation with longtime friend and “Gone Girl” boss David Fincher, the esteemed director whose Netflix film “Mank” has emerged as a top awards contender for 2021.

“This is a real role reversal from having to just be Fincher bitch, having to go over and over again,” Affleck teased the director, alluding to Fincher’s notorious preference for many consecutive takes of the same scene.

Appearing in Variety‘s “Directors on Directors” conversation series, the pair recently held a virtual reunion where Affleck dug into the decades-long process of bringing the story of famed screenwriter Herman J. Mankiewicz to screen.

In perhaps the broadest conversation Fincher has had about the film’s themes, Affleck gets to the heart of the original script from the director’s father, the value of creative credit at the dawn of Hollywood’s golden age, and the rare glimmer of heart and hope in a David Fincher film.

Read the conversation and watch the interview

One thought on “Ben Affleck Reunites With ‘Gone Girl’ Director David Fincher, Accuses Him of Making a Movie With Heart”