Most people remember the San Francisco Bay Area of the late 1960s for “flower power” and the Summer of Love. But as the decade came to a close, a grim nightmare unfolded in the counterculture mecca. On the night of December 20, 1968, two teens in the San Francisco-adjacent town of Benicia were brutally slain by a lone gunman. At midnight on July 4, 1969, another young couple was attacked in nearby Vallejo. On July 31, cryptic letters arrived at three Bay Area newspapers, including the San Francisco Chronicle; each contained part of a complex cipher. The writer warned that unless his coded messages were printed on the front page of each publication, “I will go on a kill rampage.” A followup letter soon arrived at the newspaper. Opening with the sentence “This is the Zodiac speaking,” the missive detailed the particulars of both crimes. The killer had given himself a name and stated his purpose: to taunt and terrify. The three-part cipher was soon solved, revealing a hate-filled manifesto. In all, he would communicate with such letters and codes on more than 20 occasions.

One front-line observer to the unfolding story was Chronicle editorial cartoonist Robert Graysmith, who began investigating the case after it became clear that harried law-enforcement officials — hampered by jurisdictional regulations, misleading evidence, and the emergence of more than 2,500 suspects — were powerless to unmask the killer. In 1986, Graysmith published his true-crime book Zodiac, which connected disparate clues for the first time and presented theories on the killer’s identity. This book formed the basis of the recently released film, photographed by Harris Savides, ASC for director David Fincher.

In the film, Graysmith (Jake Gyllenhaal), SFPD inspectors Dave Toschi and Bill Armstrong (Mark Ruffalo and Anthony Edwards, respectively), and Chronicle reporter Paul Avery (Robert Downey Jr.) are sucked into the Zodiac’s vortex. All four try to manage their growing obsession with the case, but soon find their lives inextricably intertwined with that of a madman. The case remains unsolved to this day. 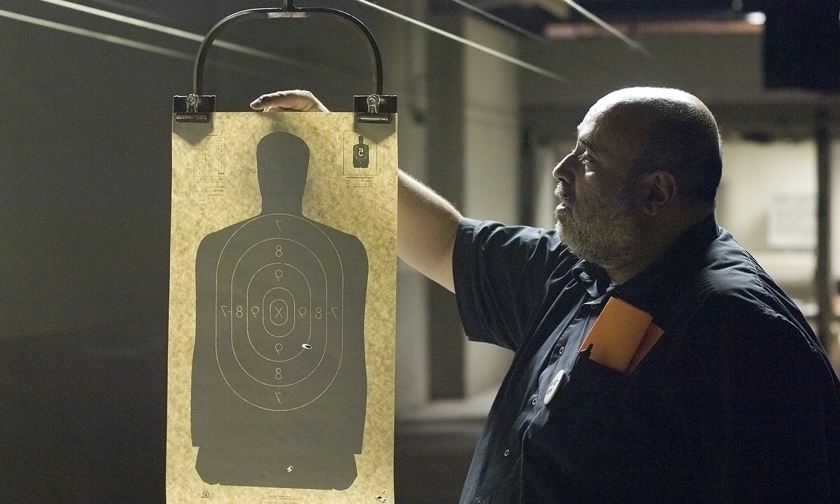