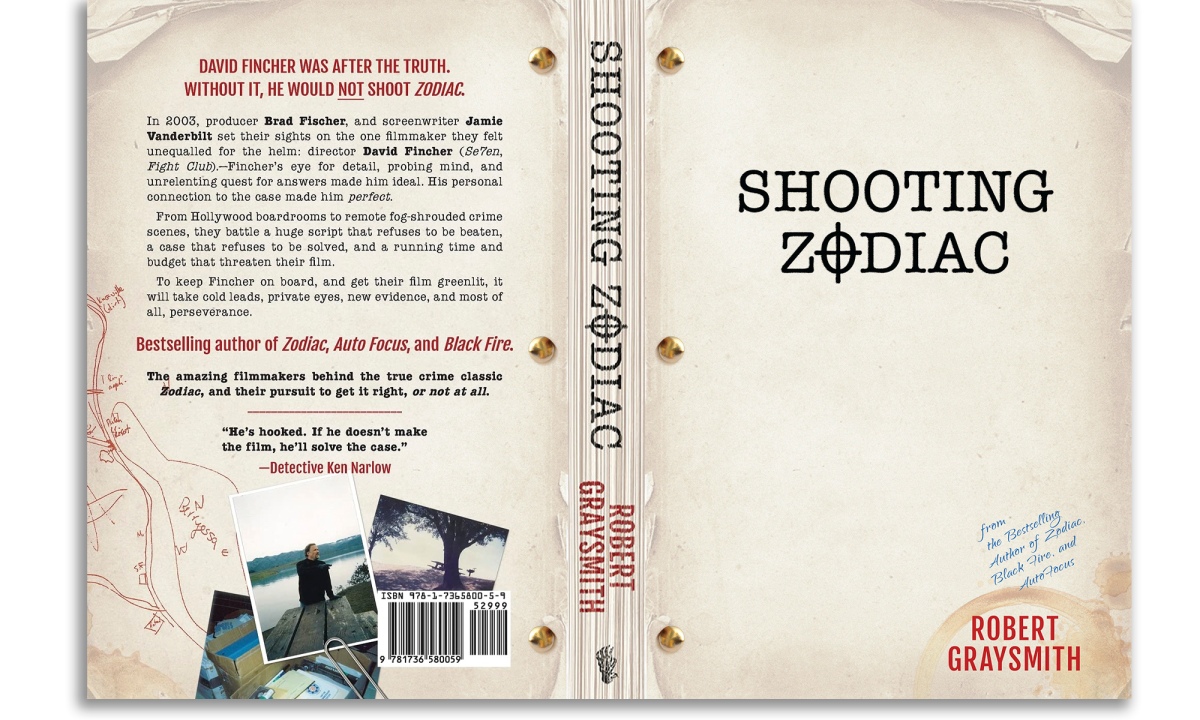 DAVID FINCHER WAS AFTER THE TRUTH.

WITHOUT IT, HE WOULD NOT SHOOT ZODIAC.

For nearly two decades, Hollywood had been trying to make a movie of Zodiac, and for nearly two decades, it had failed. In 2003, producer Brad Fischer, and screenwriter Jamie Vanderbilt attempted the undoable, and set their sights on the one filmmaker they felt unequalled for the helm: director David Fincher (Se7en, Fight Club). Fincher’s eye for detail, probing mind, and unrelenting quest for answers made him ideal. His personal connection to the case made him perfect.

From Hollywood boardrooms to remote fog-shrouded crime scenes, they battle a huge script that refuses to be beaten, a case that refuses to be solved, and a running time and budget that threaten their film. Follow as they track down missing witnesses, gather the original investigators, visit the original crime scenes, discover boxes of Zodiac case files from an attic, unearth new clues, a videotape of the prime suspect’s police interrogation, and a surviving victim who doesn’t want to be found. To keep Fincher on board, and get their film greenlit, it will take cold leads, private eyes, new evidence, and most of all, perseverance.

Robert Graysmith (Facebook) is an author and illustrator. He was the political cartoonist for the San Francisco Chronicle when the letters and cryptograms from the infamous Zodiac killer began arriving to the paper. He was present when they were opened in the morning editorial meetings, and has been investigating & writing ever since. He lives in San Francisco where he continues to write and illustrate. He is best known for his books “Zodiac” and “Zodiac Unmasked”.

“Zodiac in Costume at Lake Berryessa,” by former Chronicle cartoonist Robert Graysmith. Surviving victim Bryan Hartnell personally described the costume in detail to Graysmith, after his, and Cecilia Shepherd’s, encounter with the Zodiac on Sept. 27, 1969. Photo: Robert Graysmith

Robert Graysmith wrote the definitive Zodiac Killer book. He breaks decade-long silence to tell us about his upcoming projects

For a fairly famous guy, author Robert Graysmith doesn’t get out much. He hasn’t been heard from in public for about a decade, and he rarely leaves his San Francisco home.

The 78-year-old Graysmith has been crafting manuscripts at such an astonishing pace, printing them out as he goes along, that they now stand in a 5-foot-high stack that breaks down into what he says will be 34 books, ranging from children’s tales and historical explorations to true crime and fictional legends. Most just need a few final touches and editing, he said.

These days, Graysmith is working with a new publisher he knows well: his 50-year-old son, Aaron Smith.

An artist and CGI supervisor for dozens of movies, from “Monsters vs. Aliens” to “Cast Away,” Smith founded a publishing house in November that is producing his father’s books. The company is called Monkey’s Paw.

The first in this voluminous new string landed on online sites like Amazon at the end of August, the 383-page “Shooting Zodiac,” which documents the planning that went into making the movie “Zodiac.”

“It’s much more fun working with Aaron on these things, because he can put them out quickly,” Graysmith said. “I figured out you’re going to wait about three years to get a book done, and then you hand them the book, and they’re going to spend a lot of time and then they won’t do anything for another year or so. With Aaron, we can get the book edited and out there in a few months.”

Graysmith’s son — who uses the last name his dad used before he merged Gray and Smith — said he wasn’t really surprised when he realized how many pages his dad had in the hopper.

“Writing is pretty much all he does,” Smith said by phone from his home in Southern California, “and the illustrations.”

Graysmith said he started working on his engagingly told “Shooting Zodiac” before the movie came out, as he was being bowled over by the dedication director David Fincher, producer Brad Fischer and screenwriter Jamie Vanderbilt put into the project. They combed over the same material Graysmith had in his books “Zodiac” and “Zodiac Unmasked” to rebuild and advance his narrative around the only suspect ever named by police, Arthur Leigh Allen of Vallejo.

Watching them work was “a marvelous adventure,” Graysmith said.

The new book is as much about greenlighting the movie and hiring actors like Jake Gyllenhaal, who played Graysmith, as it is about how the three filmmakers did their research. It’s also probably the last thing Graysmith will write about the Zodiac, he and his son said.