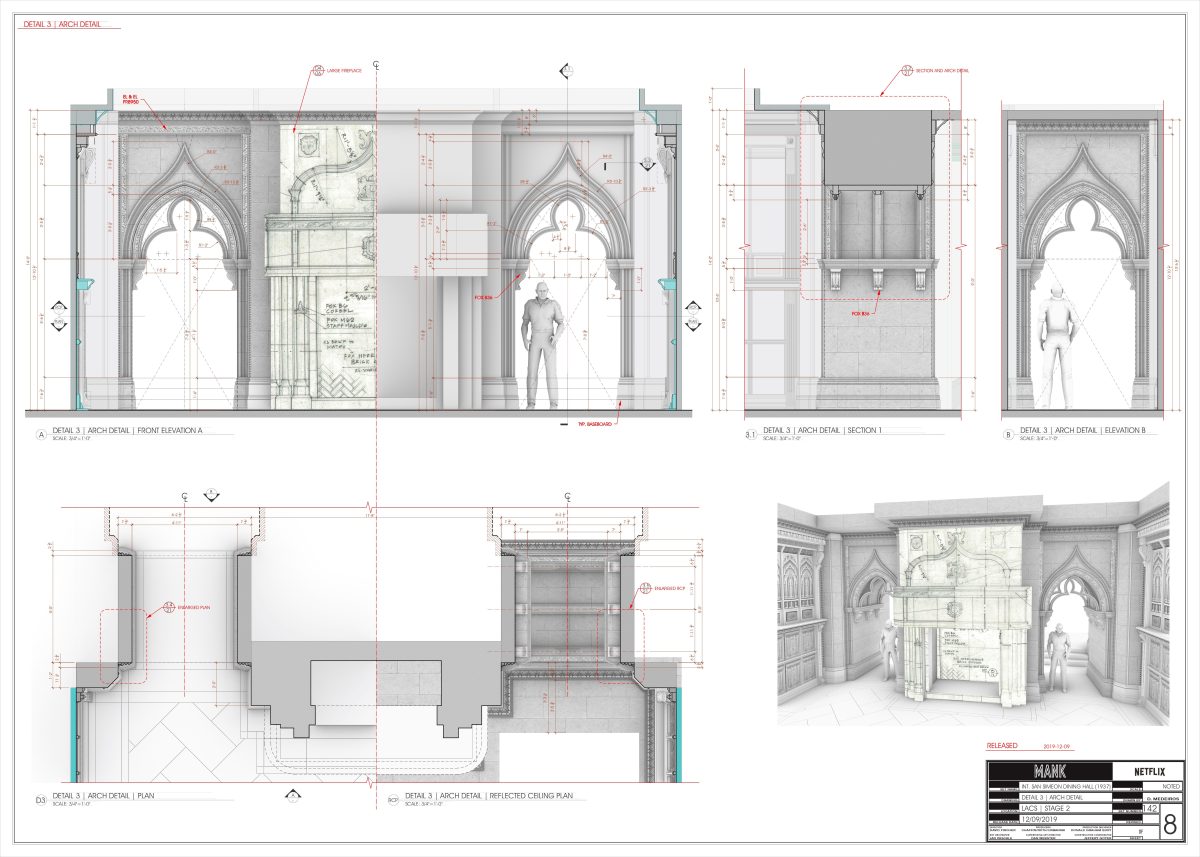 A rendering of the archway in the dining room at Hearst Castle, which features Spanish Revival details. Drawings by Daniela Medeiros

David Fincher’s new film tells the story of screenwriter Herman J. Mankiewicz as he pens the script for Citizen Kane

Judging the film Mank just based on the story alone—cynical, heavy-drinking screenwriter Herman J. Mankiewicz evaluates his turbulent travails through Hollywood as he struggles to script Citizen Kane—doesn’t do it justice. A work of impeccable craftsmanship that unspools in crisp black-and-white, Mank, which premieres Friday, December 4, on Netflix, allows viewers to journey back in time to experience all the glamour and grit of Los Angeles during the 1930s and early ’40s. And that’s exactly how director David Fincher (Gone Girl, The Social Network) intended it.

“I remember when David first spoke to me about it,” Oscar-winning production designer Donald Graham Burt (The Curious Case of Benjamin Button) tells Architectural Digest. “He said ‘I want it to feel like you’re in a film vault and you see Citizen Kane and then you see a film next to it and it says Mank and you think, ‘Oh, I never saw that.’ He wanted it to look like a film made in that period.”