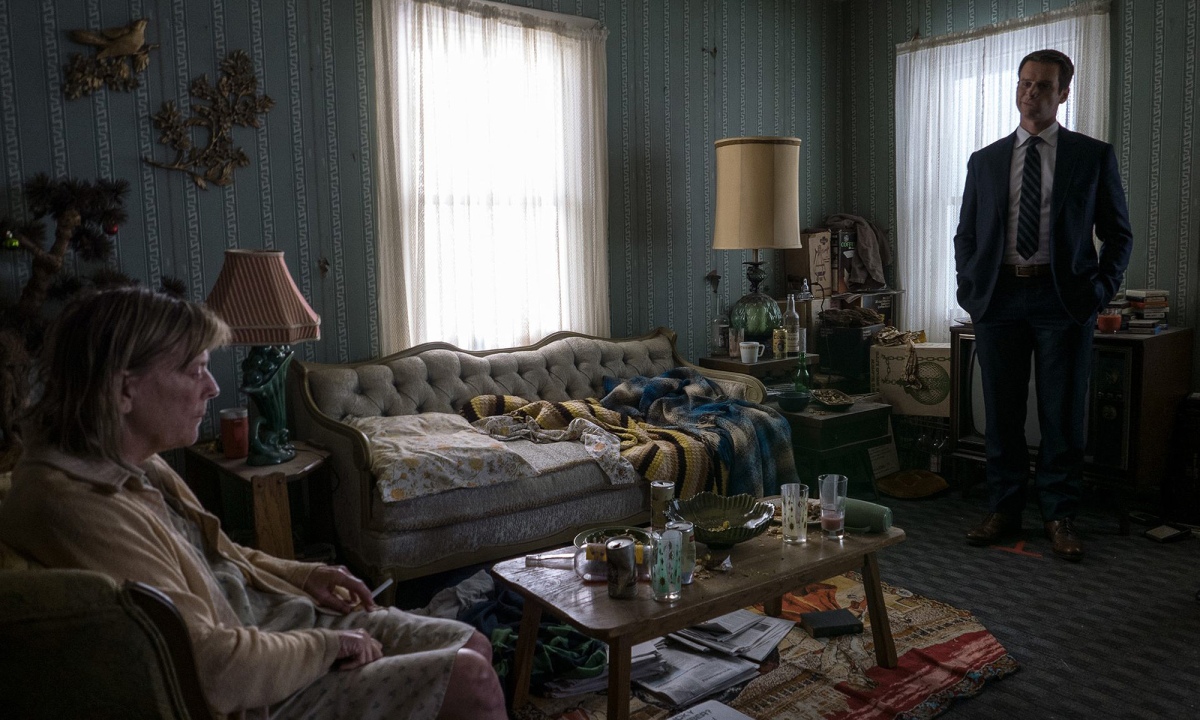 While I was finishing the fourth season of House of Cards, David Fincher called me to say he was planning another series with Netflix and to ask if I would be interested in designing it. Of course I jumped at the chance, not knowing exactly what Mindhunter would be, but certain that with Fincher involved it would be a quality project. I soon found out that it was based on the John Douglas book of the same name and that it would be shooting in Pittsburgh, a city I knew quite well since I received my graduate degree from Carnegie Mellon University there, and where I got my start in the film business while still a student in the CMU theater department.

The series is somewhat different than many crime shows in that it’s not a who-done-it, or even how’d they do it, but more of a psychological exploration of why’d they do it. 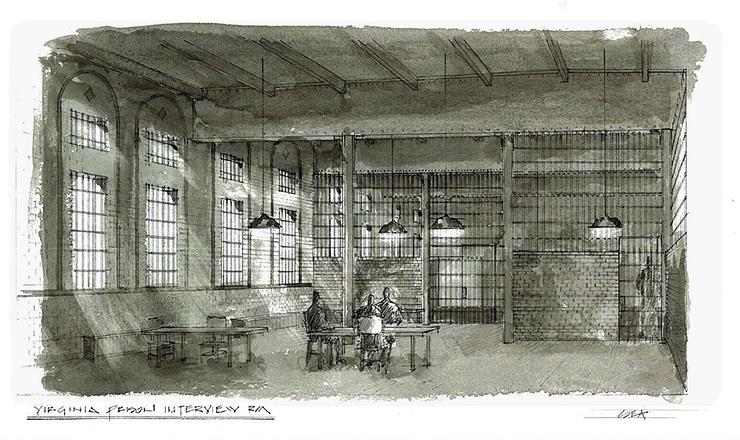 Mindhunter is a period show set in the late 1970s, so I knew the choice of Pittsburgh as a location would simplify much of the exterior design work. Many rust belt cities like Pittsburgh were hit particularly hard by the collapse of the steel industry, and all the ancillary businesses that supported steel have suffered as well. The small towns that surround a city like Pittsburgh are often stuck in the past, sometimes for forty years or more. A lot of the exterior street sequences required were possible and looked appropriate with a minimal amount of redesign because there just hasn’t been an influx of business dollars to do architectural upgrades; there were very few modern structures to modify extensively or hide. This, and the fact that there is a wealth of great period dressing elements to be had at reasonable prices at the many local flea markets, estate sales and antique stores, made the task of recreating the period much more manageable.

One of the first things I remember David Fincher saying about the look of the series was that he did not want it to look like other films or series set in this same period where the style of the time is pushed so far that it becomes exaggeratedly over the top and starts to seem camp. The focus would be on the more mundane and ordinary look of American life in the late 1970s. I knew a lot of the characters were from the lower social strata, so there were few places for high style or the cutting edge fashion of the time. One big influence on the design was photographs from the time by people like Stephen Shore, particularly for our many on the road scenes in motel rooms.