Emmy-nominated actor Cameron Britton mesmerised us all with his portrayal of serial killer Ed Kemper, on hit Netflix show Mindhunter. In this interview we discussed everything from romance to his preparation for the role and working with director David Fincher, the real Ed Kemper and so much more.

PC: When you were sat in that room with Fincher, was it hard not to show your nervousness, what did you do to combat those feelings or were you not nervous?

CB: It was back and forth that I thought, ‘Oh I’m doing a terrible job, he’s going to fire me,’ and Jonathan would talk me down from the ledge. There were days when we had done 50 takes – let’s do 50 more, 70 more I don’t care, I’m having a blast, I’m just lost in the moment, because it’s not just the takes it’s how quickly we get back to the top of the scene. Often when someone says ‘Cut!’ you know you don’t actually get to start the scene again until 10 minutes later, with him it’s 15 seconds! We are back in it. I’d never done that in my life before and that in character, for that long for a whole day of, since you’ve been awake you’re in character. It just starts becoming this sort of spiritual experience where you kind of forget what you planned on doing, you’re surprising yourself, you’re going, ‘Oh oh God! I’ve never delivered it that way before! Where did that come from?’

PC: I was talking about that with Adam Zastrow and he said by the time you do the 50th take you feel like it’s going through the motions, you don’t have to think about it but by then you are delivering something that is more natural, or organic, and that is what Fincher is looking for: that very moment when you are not acting, you are being it, doing it, aren’t you?

CB: You are! And day one I thought, ‘Are they going to fire me? Am I going to get too tired to do this?’ And that is just not the case. I met a few people playing killers who were nervous – anyone who’s worked on Mindhunter and worked with Fincher – they all think, ‘Ah, they’re going to fire me!’ But when you are in there, man you just keep going. Being fired is the last thing you’re thinking about, you are just alive. It’s a hell of an experience and honestly is moving forward my career. I’ve been fortunate enough, because of my character, to get to do bigger projects now, like that’s sort of my standard. When I go to other projects now I go, ‘Okay, are they living up to what Mindhunter taught me and are they making good art?’ And if they are not then I sort of politely find a way to come off what’s going on.

PC: What about learning your lines: how easy is that for you? Obviously you had quite a bit of dialogue: how do you make it stick?

CB: There’s knowing all your lines, that’s fine and that comes really quickly, what really takes repetition is to do it enough so you don’t need to think about them. There just coming out and that is so necessary to me, if I’m just thinking about the line then I’m not living ‘in the moment’ and that’s just the kind of acting that I do. I need to have nothing happening to distract me. I just take every opportunity to be where I need to be ‘in the moment’ because I’m still working on it. If I don’t feel connected to the scene, or ‘the moment’, I can kind of panic and then you can sort of see me acting. Some actors, they are able to go, ‘Well I’m not connected right now but I can sort of fake my way through this,’ and that’s just part of life: if you have a job there’s some days you are just not feeling it even if it’s your favourite job in the world. I’m still working on that but no matter what, I have to know the lines backwards and forwards.

PC: With regards to David Fincher’s style of directing, is there any room for a bit of give? Do you feel you could suggest to him that perhaps you’d like to try something different or is it all very controlled by him or the other directors?

CB: With David there’s a line here, a line there, in this big, giant script where he says, ‘I want this to be arrogant,’ or, ‘I want this in a form of a question.’ And I think, when he says ‘arrogant’ there are many, many, many ways to do that so it’s up to you how you want that to be conveyed – the rest of the script is all yours. And maybe that’s just my experience. David puts you in: he guides you in the right direction. So if an actor strays too far this way or that way he’ll sort of put you back on track, but the point of all those is not to do anything you’ve prepped and just be truly alive ‘in the moment’. If you’re over-directing somebody then it won’t be that: then you’re just using all those takes to get this exact delivery or performance out of them, which is fine, but it’s not allowing… like he’s so trusting that inspiration will come; you know if he has too much vision for a moment he’s not allowing for a better vision to show up. If he’s saying it has to be this way then how do you know if something better wouldn’t have come along? He’s very trusting and it empowers you; you can tell [when] your director is letting you do your job. There’s been times he’s had to put me back on track: the hospital scene in the final episode when I stand up and turn around he let me go two or three takes where I just went ballistic. When we first started shooting that part I stood up like a maniac and then by the third he said, ‘I can’t think it up with the rest of that part of the scene. You can’t do that’. It needed Kemper to stay calm and collected but, in a way, I needed to go crazy for a second, I needed to really feel that wild, impulsive energy, that’s sort of Kemper though isn’t it: even when he’s calm you can feel his urge to hurt; he’s almost masking a lot of violence, no matter how mellow he looks. 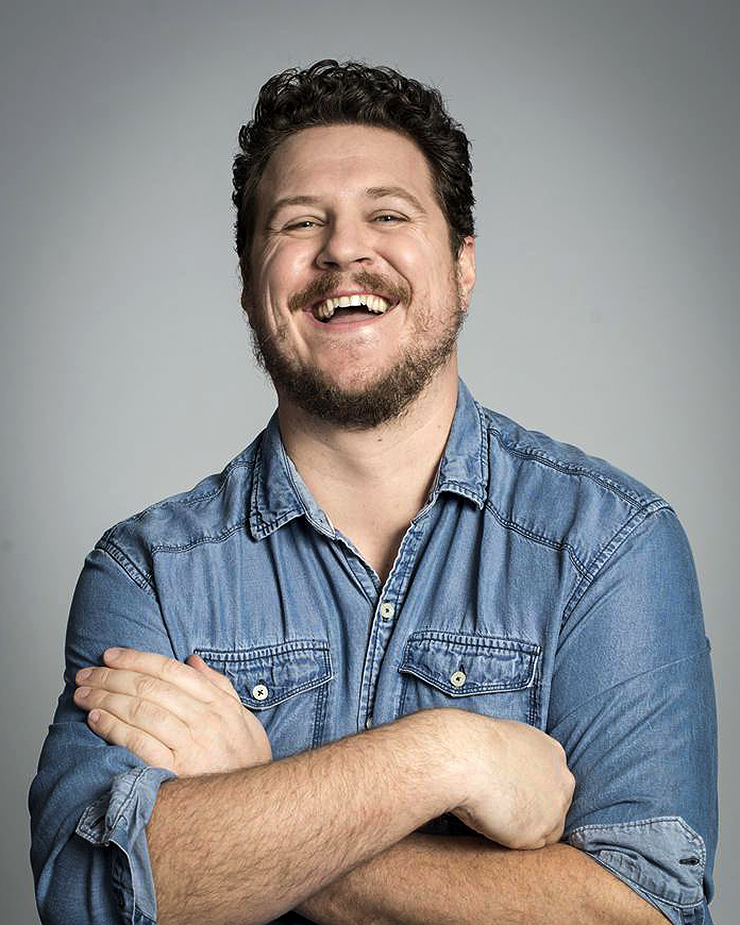 Read the other Absolute Music Chat conversations with the Cast of Mindhunter (more to come):