More than any other mainstream filmmaker, David Fincher is the one who has had his finger on the pulse of our generational concerns. If you Google Fincher’s name and the word “zeitgeist,” it will immediately turn up countless think pieces talking about how his films — especially Fight Club and The Social Network — have captured the zeitgeist, reflecting the spirit of their time the way The Graduate did for the 1960s.

But The Game, Fincher’s 1997 thriller starring Michael Douglas, was a necessary primer for Fight Club. With this film, Fincher took the actor who played Gordon Gekko ten years earlier, and he gave that ‘80s zeitgeist figure a light makeover and put him in a post-grunge ‘90s movie.

The Game turns 20 today (it hit theaters on September 12, 1997), so let’s take a look back at what makes it so special: not only for the way it marked a turning point in Fincher’s early career, but also for the way it takes a high-concept story and manages to bake in a fair amount of subtext. 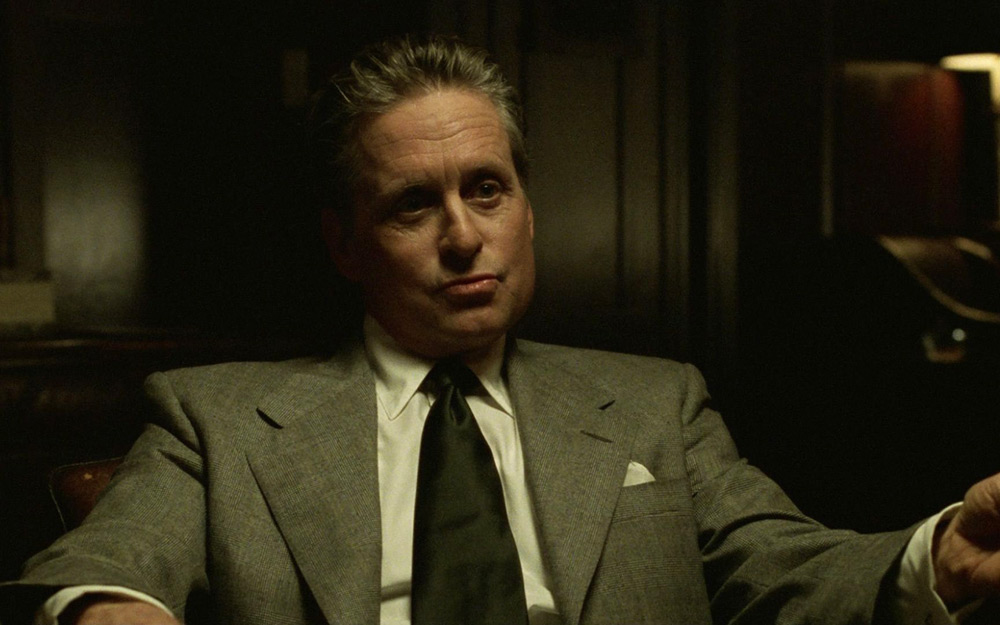 “I don’t care about the money. I’m pulling back the curtain. I want to meet the wizard.”

Michael Douglas’ disheveled Nicholas Van Orton is one of the most powerful men in the United States, so why is he holding a man hostage and demanding answers? When David Fincher’s The Game came out in 1997, it was received as a control freak’s nightmare. A vision that could only have come from the mind of one of cinema’s most talented young directors. Today, Consumer Recreation Services could be any company on the street. With unlimited access to data from social media and emails, a small group of technicians could manufacture their own reality. In a time of alt-facts, when the nature of truth is constantly up for debate, The Game feels far more significant than its reputation as middle-tier a David Fincher project.

When David Fincher was pitching his adaptation of Spider-Man during the ’90s, the key element that ruled out his take with studio execs was the refusal to execute another feature length origin tale. In Fincher’s version, our friendly neighborhood web-head was going to have his backstory explained via an opening mini-operetta, which would get his superhero coming of age out of the way so the fastidious Hollywood technician could tell the story he wanted to tell. This idiosyncratic approach rubbed suits the wrong way, but was repurposed for The Game (’97), Fincher’s Hitchcockian follow-up to the smash bit of serial killer morbidity, Seven (’95).

We’re introduced to Nicholas Van Orton (Michael Douglas) via a series of home movies. It’s Nicholas’ birthday party at his family’s lavish estate, and the kid is all half-assed smirks, the sparks of candles placed on an unseen cake illuminating his face like fireworks. Yet whenever his father is around, Nicholas tenses; the patriarch’s distant gazes and unsubtle grimaces casting a long shadow over what should’ve been a festive day. This is all foreshadowing; letting us know exactly what type of man Nicholas is going to turn out to be. There’s no radioactive spider, or magical transformation. Genes are all that’s required to transmute Mr. Van Orton into a shadow of his soon to be suicidal father – an ultimate, and probably unavoidable, fate.

Investment banker Nicholas Van Orton has come to Christine’s home for answers. His entire life is coming apart at the seams, ever since he signed up for a life-altering game courtesy of the mysterious Consumer Recreation Services. He thinks Christine, a waitress he met seemingly by accident, might know something. With endless resources and a borderline ludicrous number of extra players, CRS has made Nicholas untrusting of nearly everything and everyone. Once inside Christine’s home, Nicholas slowly begins to realize the apartment is not really an apartment at all, but a set. The lamp still has a thrift store tag on it; the books on the shelves are false fronts; the water line isn’t hooked up. It’s all been staged for his benefit.

On the commentary track for the Criterion Collection release, director David Fincher reveals that when reading the script, this exact moment is what sold him on making the film. “That’s when I said, ‘I gotta see this, I gotta make this movie.’”

Much is said about David Fincher’s obsession with detail, every frame having to believably exist in the world he has created. Furthermore, this attention to detail extends beyond visual narrative storytelling. It also commands every protagonist Fincher has ever brought to life.

One character in particular most mirrors Fincher’s own obsession with perfection—Michael Douglas’ Nicholas van Orton. In The Game, Douglas portrays a character so seduced by the compulsion to maintain his lavish lifestyle that he has subjected himself to a lonely state of living.

It is within the character of van Orton that Fincher brings to life his most honest portrayal of loneliness. Whereas in Gone Girl we were shown loneliness through the prism of married life, or within Fight Club by the shackles of a consumerist society, The Game projects loneliness in its truest form. Unless others place themselves in the same vicinity as van Orton, our protagonist never engages with humanity. He is as internally isolated as he is externally.