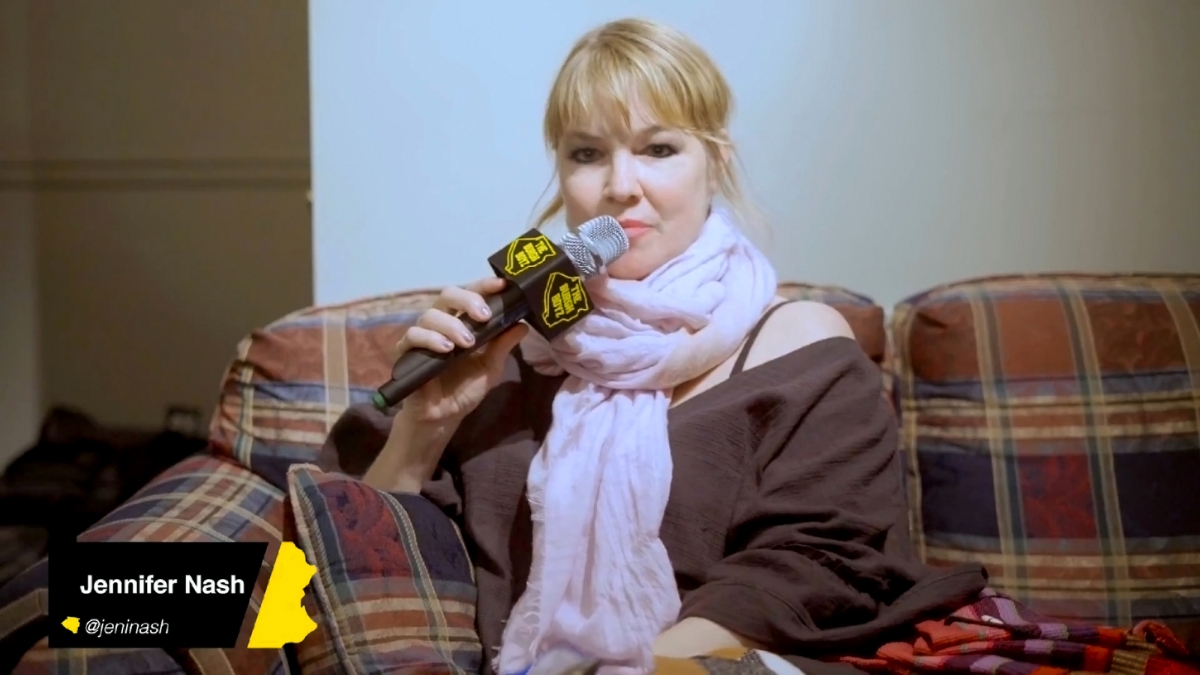 Hard working Background Casting Director Jennifer Nash, from Mindhunter Extras Casting, continues to make the rounds looking for the literally thousands of background actors of all ages and ethnicities, especially African-American, that Mindhunter is going to need for its second season. Last May, she paid a visit to The Burgh Boyz and asked for their help:

“Season one took to film about 11 months. And there’s some pre-production too.”

“[We’ll be here] at least until Christmas, very possibly until March of 2019.”

“Costumes are such an important part of this. Our team of customers is award-winning. If you checked out their resumes, and our hair and makeup, you would just go: “Oh, my goodness!”. They’re the best in the business. As is David Fincher, our incredible Director and Executive Producer, who is directing this first episode, which is epic. So, if you want to be on Mindhunter and work with David Fincher, get in now, get in now! You’ll be working with him!”

“David Fincher handpicks about 90% of all of the background actors in the episodes that he directs. He is so specific and detail-oriented. Makes my job Super Duper hard but you’re not just a crowd. You’re always hand chosen by everybody for that specific role.”

“I’ve been able to cast television shows and movies in New York from the beach in L.A. Not this one. This one I am like hustling hustling, because I need real people that have real jobs. In season one I’ve cast Dental Hygienist, a literal Rocket Scientist, I’m not even joking, Professors, College Students, Uber and Lyft Drivers, Waiters, Waitresses, Bartenders, ex-Military, ex-Police, Sheriff’s, everybody who looks like you [one of the hosts] for FBI…”

“This summer in Wilkinsburg, we have scenes coming up where I need thousands of background actors, thousands per day. We are going to be like the circus comes to town, to Wilkinsburg, and that community can use all of the business that we bring, we’re going to bring a lot of business to that community. And it’s going to be iconic scenes there, in my opinion from reading the scripts, the standout scenes of the entire season two. I’m not supposed to really tell, give the story away, but it gives me goosebumps just to think about these scenes. And it’s mostly African-American that I need for those scenes that are going to be very dramatic.”

“I’m looking for background actors of all ages, no experience needed. I need babies to 106 years old. Last season our age range was six months to 96, so this season I’m putting out the challenge, just push it a little. All colors of the rainbow. In fact, some colors of the rainbow are hard to find in Pittsburgh, not a huge Latino community here. All you Latino beautiful people, I need you, and everybody else. And thousands of background actors in Wilkinsburg this summer, thousands, for iconic scenes that you will never forget. Promise.”

Before any director calls action, Jennifer Nash has long begun the second season scramble to scout for extras in western Pennsylvania to appear in “Mindhunter,” which enjoyed a critically successful first season on Netflix last year.

In charge of recruiting and hiring extras for the episodic program about the early days of FBI profiling that grew into the study of serial killers, Nash emphasized just how heavily the show invests to hire extras in both type and number.

“We need so many more people than just the normal background acting community,” she said. “We need regular people.”

This season, one of her biggest tasks will be to hire a significant number of African-American people as extras. This includes a major scene in which 1,000 people, mostly African-Americans, will be needed for a protest expected to be shot in Wilkinsburg for several days.

Last year, Nash was charged with recruiting 3,000 people to be extras in the 10-episode first season of “Mindhunter.” This year, she needs 5,000 for an eight-episode season, including two episodes that will be two hours each.

“I really have my work cut out for me,” she said, of hosting casting call events at places such as Trixie’s on the South Side, where a line stretched around the block. She also wants candidates to reach out to her at mindhuntercasting@gmail.com.