From executive producers David Fincher and David Prior.

Take a closer look at the stories that captured our imaginations. 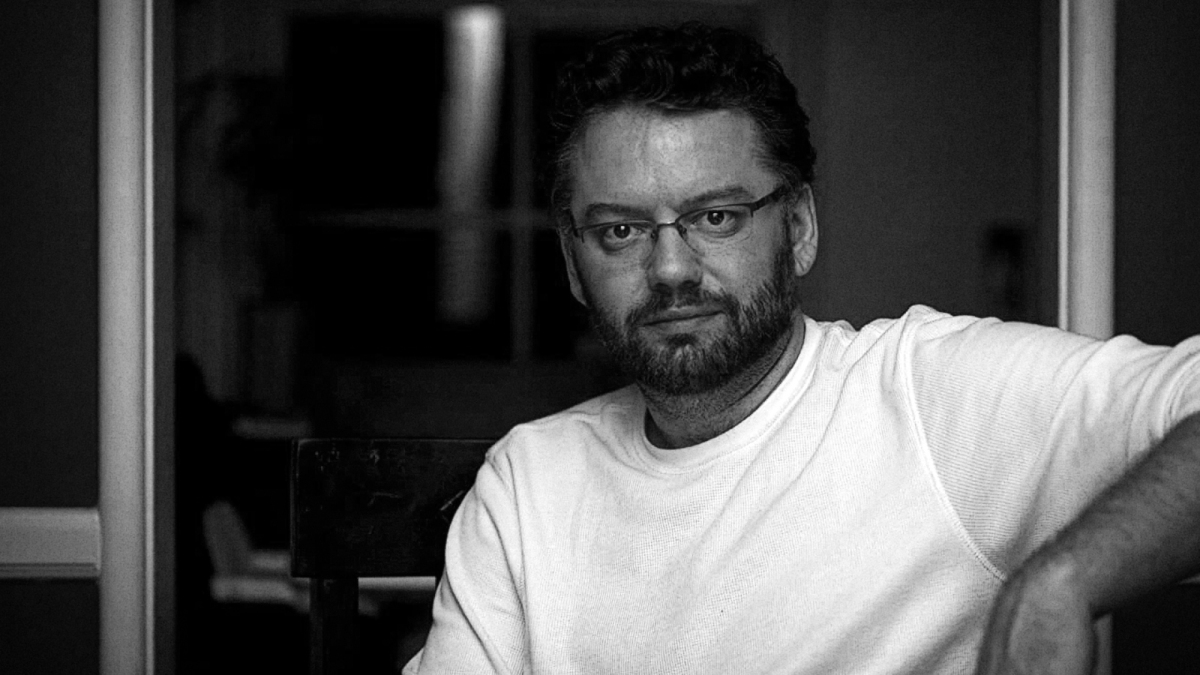 There’s a specificity of intention to David Prior’s “The Empty Man” that eludes most studio horror projects. Inspired by the Boom Studios! comic (created by writer Cullen Bunn and artist Vanessa del Rey), Prior’s debut could have been a success story were the movie released under different circumstances. Inherited by Disney following the Fox merger, and dumped into theaters mid-pandemic, “The Empty Man” certainly wasn’t given the A24 Ari Aster treatment, which is a shame, as Prior’s film would make an outstanding, grief-tinged double feature with “Midsommar” or “Hereditary,” though its shape is far more chimerically hypnotic.

Laying somewhere in the cosmic ether between David Fincher’s serial killer films, “Se7en” and “Zodiac,” Prior’s sepulchral vision slithers like a paranormal odyssey in the guise of a J-horror procedural a la Kiyoshi Kurasawa’s “Cure,” veteran character actor James Badge Dale aiding in making detective work look effortless through a mesmerizing lead performance. “We go looking for things we have lost… More than that, there is no such thing as loss,” a mysterious cult leader, played by Stephen Root, preaches

Audiences missed out on “The Empty Man,” but it’s deservedly found a devoted following. “If the price of making the movie I wanted to make meant getting abandoned by the studio and left to be picked up by passionate people who saw it on their own, that’s not a bad outcome.” Prior told us, “At least it’s the movie I wanted to make. It wasn’t some highly compromised, shortened, messed up version of that probably would have gotten more support from the studio but it would have vanished from everybody’s mind as soon as they saw it.”

Prior was later approached by David Fincher (for whom he used to direct documentaries) about a new film appreciation series, titled “Voir.” Scheduled to debut at AFI Fest this month, Netflix’s video essay project spotlights “passionate voices that love movies… highlighting the elements that get people excited about cinema.”

In a time when streaming services threaten to swallow up the theatrical experience, “Voir” is an essential look back at what makes film uniquely hypnotic. “Movies cornered the cultural conversation throughout the 20th century.” Prior told us. “It was the art form of the 20th century… [movies] don’t hold the same place in cultural thinking they used to and there’s a lot that’s important being lost.”

No great film deserves to be forgotten, and Prior is keenly aware platforms like Netflix now hold the keys to Hollywood’s kingdom, as “custodians to the cinematic experience.” “The Empty Man,” may not have mopped up box office dollars but revealed its director to be as impassioned and skilled a filmmaking scholar as David Fincher. We were fortunate to sit down for an extensive chat with him ahead of “Voir’s” upcoming premiere. Eerily, both his debut film and new Netflix series stemming from an obsession with “Jaws,” the legendary Steven Spielberg, a fervent supporter of his film appreciation project. 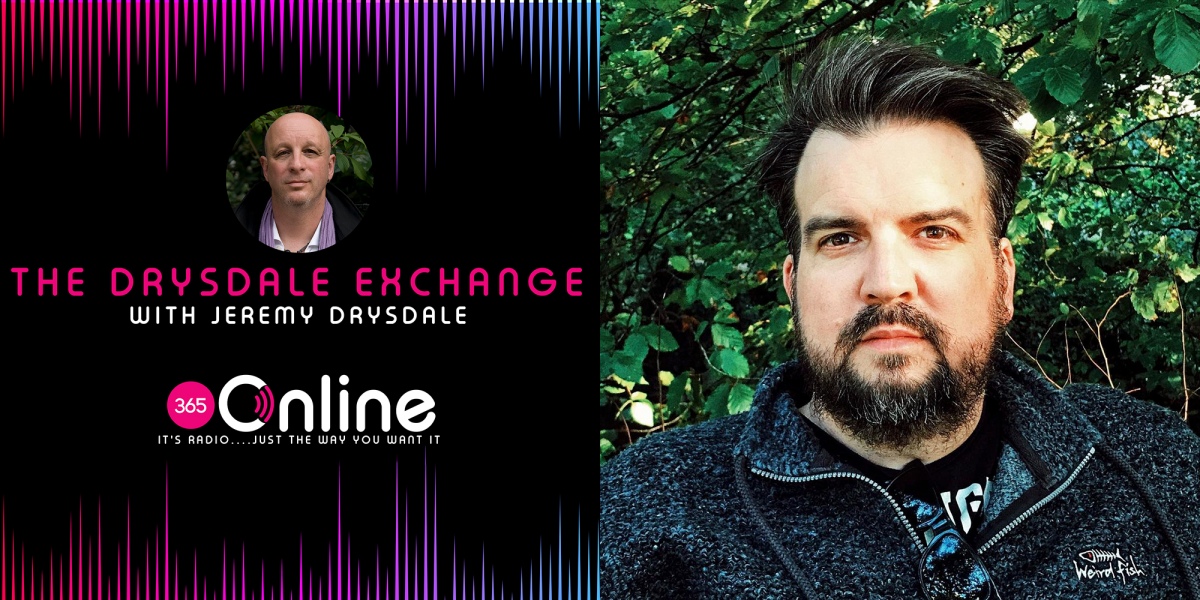 Jeremy is a screenwriter and producer who has written films, computer games, novels, events, and primetime television globally for over two decades.

Each Drysdale Exchange will showcase a penetrating one-on-one interview with an entertainment industry specialist, designed to illuminate an area of film, television, writing, or music which is not generally addressed in the mainstream.

David Fincher called Nev Pierce‘s directorial debut, Bricks, a “classy take on a morbid classic”. Mark Romanek labeled his fourth short Promise “superbly done”. His other films (Ghosted, Lock In) are well praised, too, and not just by A-list directing talents. He’s seen his work played at festivals worldwide, including Fantasia, FrightFest, and the London Short Film Festival. He has various features in development as a director and is also a contributing editor for Empire Magazine. 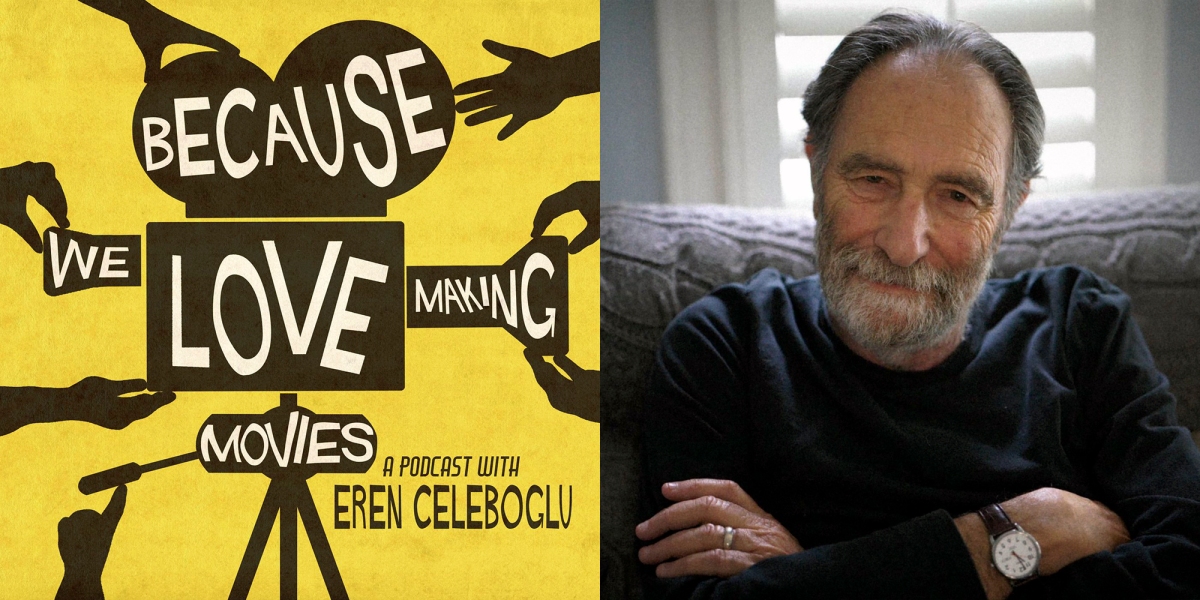 Today, I sit down with legendary screenwriter Eric Roth.

We talk about his life and his craft and why we should all be more generous of spirit. Truth be told, Eric has been involved in creating so many iconic films that it would have been impossible to try… so I asked him about the films of his that meant the most to me, and he held court and digressed in the loveliest of ways. I hope you have as much fun listening as I did recording this interview. Enjoy!

Eric’s credits include: The Nickel Ride, The Drowning Pool, The Onion Field, Forrest Gump (for which he won an Oscar), The Postman (for which he won a Razzie), The Horse Whisperer, and then one of my favorite films ever, The Insider, followed by Ali, Munich, The Good Shepherd, and The Curious Case of Benjamin Button. He’s also worked in Television, and seen not one but two sea changes, first with HBO, and then with Netflix and House of Cards. And much more recently he wrote A Star Is Born, Dune, and the new Western being Directed by Martin Scorsese, Killers of the Flower Moon. He was also a producer on the Oscar nominated Mank, directed by David Fincher, from a script by Fincher’s father.

Today we welcome back the legendary Eric Roth. An Oscar-Winning Screenwriter & Producer.

We talk about how he writes, and blends craft with pure inspiration. He talks about working with Robert Redford. We re-visit Munich & The Good Shepherd. He talks about being re-written, and his unique creative partnership with Bradley Cooper & Lady Gaga on A Star Is Born. And last but not least, we talk about writing the new Dune film which he thinks just might be something very special.

It’s a wonderful conversation with one of the very best working in Hollywood today, whose generous not only with his talent, but his spirit. Dig it! 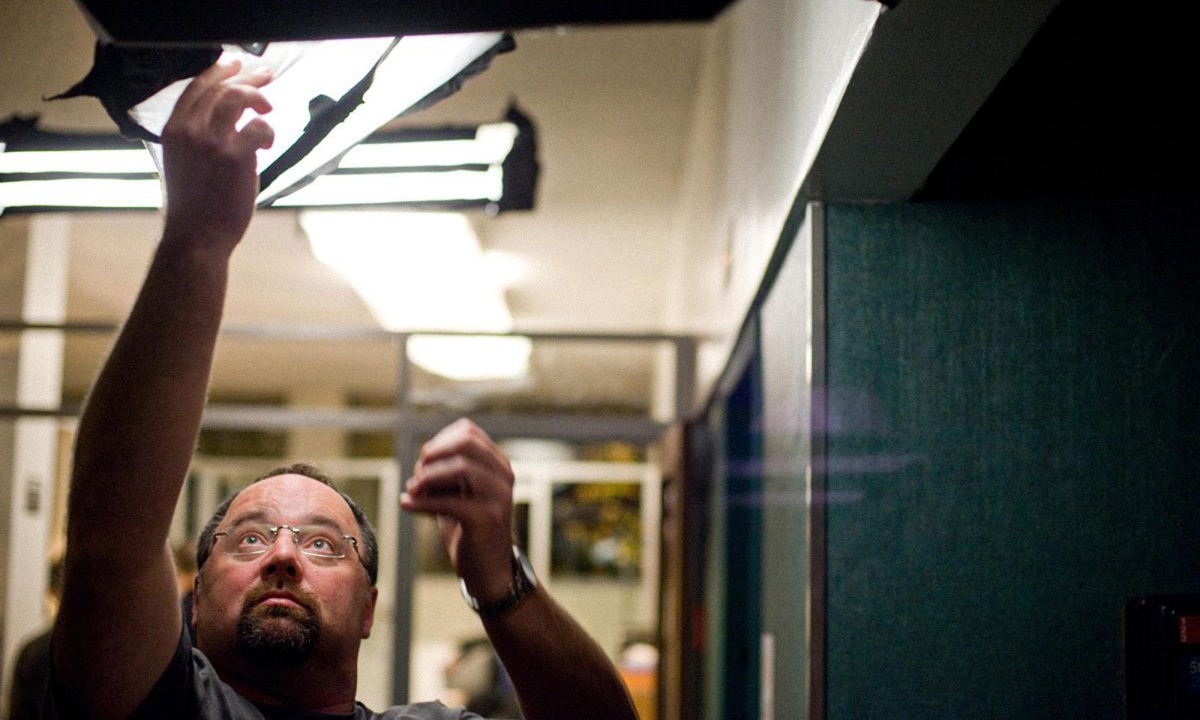 In this edition I’ll look at Jeff Cronenweth, who, to a large extent, is responsible for popularising a style of ‘dark cinematography’, through his work on movies such as Fight Club or The Social Network.

Head to squarespace.com/indepthcine to save 10% off your first purchase of a website or domain using code INDEPTHCINE.

DISCLAIMER: Some links in this description are affiliate links. If you purchase a product or service with these links I may receive a small commission without an additional charge to you. Thank you for supporting my channel so I can continue to provide you with free videos!

3 Things That Working With Jeff Cronenweth Taught Me About Cinematography

“A collection of visual essays… for the love of cinema.“

David Fincher and David Prior

VOIR, a new documentary series of visual essays celebrating cinema, from the mind of one of film’s modern masters.

Premiering at AFI Fest on November 13 and coming soon to Netflix.

What in the tapdancing heck is VOIR?

David Fincher – And the Other Way is Wrong 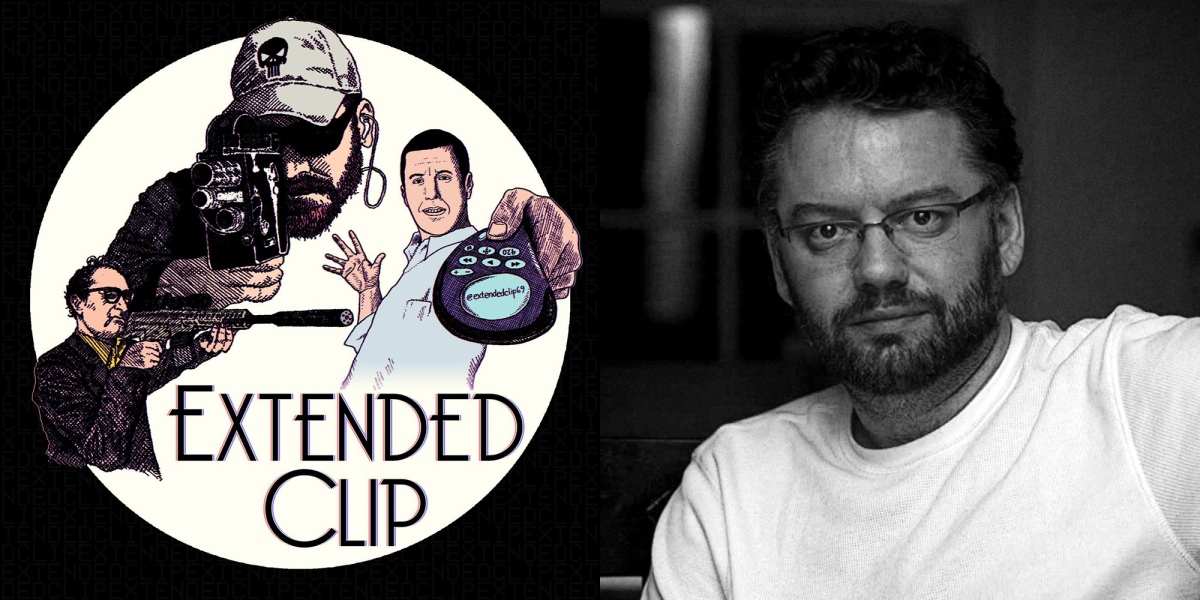 My interview with the director of The Empty Man, AM1200, and many of your favorite DVD bonus features, David Prior.

Malcolm and JT were kicked out of the studio for this one — The Empty Man made me do it! 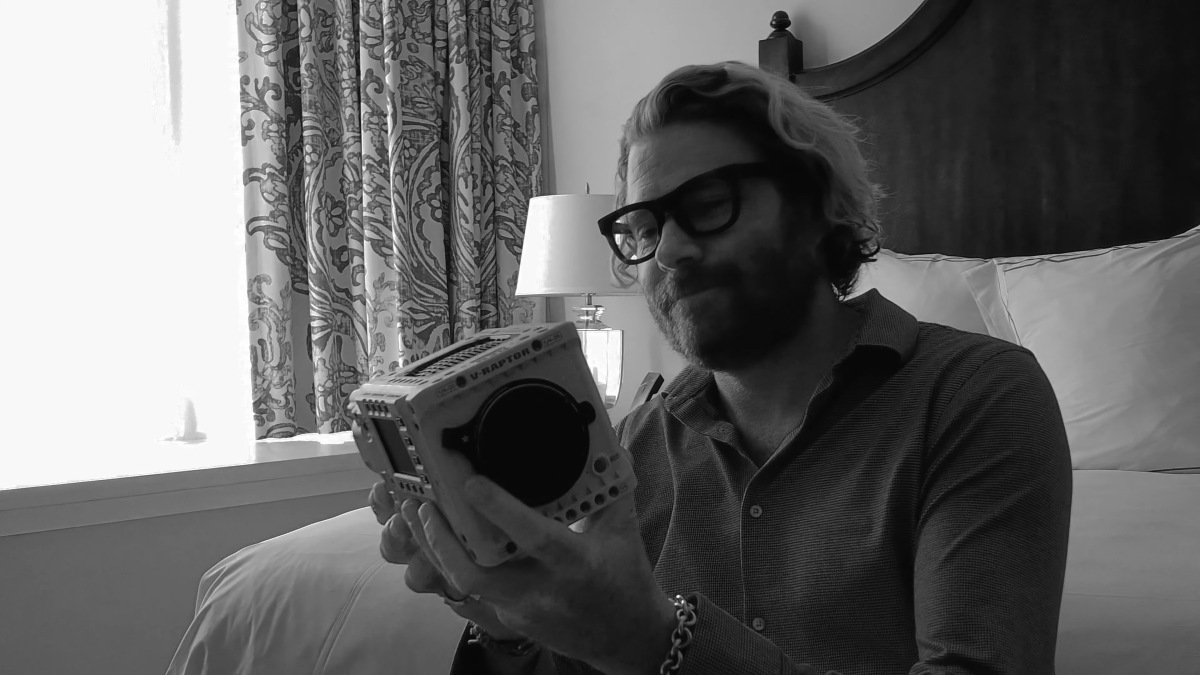 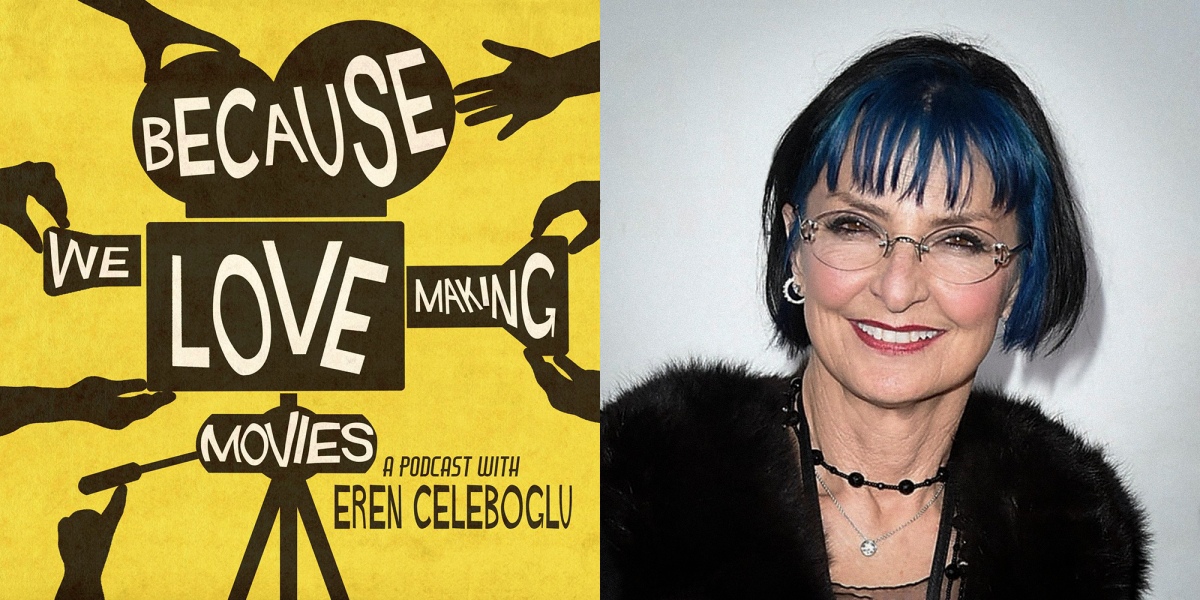 Because We Love Making Movies is an ongoing conversation with filmmakers who work behind the scenes to make the movies we love. These are the invisible warriors we don’t think of: Production & Costume Designers, Cinematographers, Editors, Producers, and the whole family of artists who make movies with their hands and hearts.

Today I talk with Gigi Williams, an Oscar Nominated Makeup Artist, and longtime collaborator with the brilliant David Fincher. Her credits are very long, but to name a few: Rock N’ Roll High School, The Howling, The Professional, as well as Single Man, Argo, The Master & Inherent Vice, not to mention her work with Fincher: Gone Girl, Mindhunter, and now Mank.

We talk about going through doors in life when they open, how her craft is misunderstood, how she cherishes working with Actors, and how she doesn’t do personal makeup, she does the movie. We also talk about Gigi’s incredible beginnings in the New York fashion world before she became a Makeup-Artist, which included working with Andy Warhol & Diane Von Furstenberg… She’s had quite a journey, and she’s still on it. It’s an amazing talk so check it out and share!

David Prior’s creepy and impeccably crafted directorial debut was abandoned by the studio but has since been embraced by now devoted fans.

Over and again throughout The Empty Man, we see characters sitting in the lotus position, cross-legged and attentive,  a pose connoting receptivity. It is in the migration of this mindset from snowy Bhutan to small-town Missouri, muled from East to West by the unlucky occidental tourist who doubles as its title character,  that David Prior’s film locates both its celestial sense of scale and a fine-grained gestural specificity. After literally stumbling into a cliffside cavern—the first unexpected plunge in a movie whose characters constantly find themselves either on shaky ground or descending into a darkness of their own volition—Paul (Aaron Poole) becomes transfixed by a skeletal figure whose meditative posture he adopts, seemingly permanently and much to the bewilderment of his fellow backpackers. Dragged back to the surface, he has become a husk, limbs locked and rapidly atrophying, staring out at the world with eyes wide shut. It would seem that he’s been hollowed out. Or is he suddenly full up?

The old Zen proverb about the philosopher who tells his overzealous visitor to return to him with an empty cup—the better to receive the flow of wisdom—comes eerily to mind in the image of a hiker mutated into a hapless Buddha. The story lying beyond The Empty Man’s gorgeous anamorphic frames is also akin to a kind of koan: if a great cosmic horror movie gets (barely) released in the middle of a global pandemic, and nobody sees it, does it really exist?

Read the full review and interview