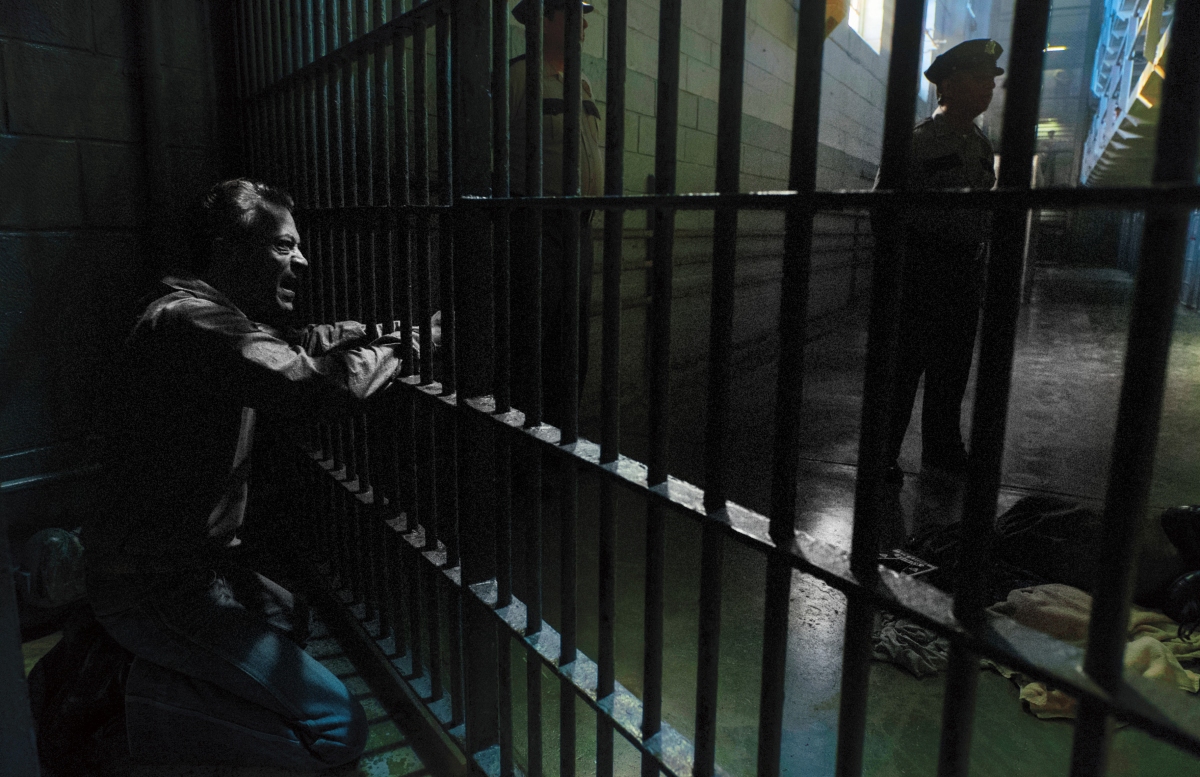 Erik Messerschmidt and Chris Probst, ASC, also have made “smart” use of LED technology, as detailed in our cover story on Mindhunter (page 36). David Fincher, who first started using LED’s for process work on Zodiac, 11 years ago, not only customized a high-resolution RED camera for the show (dubbed the “Xenomorph”), but also devised one of the most ingenious LED-driven plate projection/interactive lighting processes for driving shots TV has ever seen. Messerschmidt’s description of Fincher’s commitment to innovation mirrors those Sundancers bending technology in the service of new ways to tell a story: “For David, the frame is sacred; what we choose to include is intrinsic to what the audience thinks is important. They are one and the same.”

In the season 1 finale of Netflix’s MINDHUNTER, a disturbed FBI agent, Holden Ford (Jonathan Groff), bursts wildly from a hospital room, as a handheld camera gives chase. The move begins as shaken as ford is, but, as it lands with the agent, who collapses in the hallway, it’s as if the camera has floated to a butter-smooth stop inches from the floor, the maneuver executed like it was on a perfectly balanced Jib arm, crane, or even Steadicam. But it’s none of those. What can viewers assume from this?

David Fincher has returned to television.

FOR THIS SERIES ABOUT A PAIR OF AGENTS WORKING IN THE FBI’S ELITE BEHAVIORAL SCIENCES UNIT in 1979, and attempting to understand the mind of a serial killer, Fincher used a number of leading-edge technologies – interactive LED lighting, custom built high-resolution cameras, and, as in the shot with Agent Ford, image stabilization/smoothing in postproduction – to keep the viewer visually embedded. Fincher’s aim with MINDHUNTER, which has no graphic violence, is for viewers to “access their own attics. There’s far scarier stuff up there than anything we can fabricate,” the filmmaker insists. “I wanted people to register what’s going on in [characters’] eyes and where the gear changes are taking place. At what point do I [as the viewer] feel like, ‘OK, I’ve got an insight,’ and at what point do they feel like: ‘oh, I’m being sold something. It’s all about the nuance in how the balance of power is changing.”

Fincher’s longtime postproduction supervisor, Peter Mavromates, says he creates an “experience of omniscience,” similar to Kubrick’s A Clockwork Orange, “where you’re in a straitjacket with your eyelids pinned open, and David’s forcing you to watch these horrible things.” In fact, the show’s unique visual process began more than a year before production started in Pittsburgh (on area locations and on stages at 31st Street Studios, a former steel mill), with the development of a unique RED camera system.

Christopher Probst, ASC – who shot MINDHUNTER’S pilot and second episode – was asked for his input on a RED prototype system, which had been designed by Jarred Land and RED’s Chief Designer Matt Tremblay according to Fincher’s specific needs. “David wanted to take all of the different exterior add-ons that create a jungle of wires, and put them inside the camera body,” Probst explains.

Fincher puts it even more directly: “It just seems insane that we’ve been bequeathed a [camera] layout [dating back to] D.W. Griffith and Charlie Chaplin that looks like some bizarre Medusa. [The camera] should be something that people want to approach, touch, and pick up.”

In fact, the custom system built for Season 1 [Land created a 2.0 version being used in Season 2] had an RTMotion MK3.1 lens-control system, Paralinx Arrow-X wireless video, and Zaxcom wireless audio (with timecode) integrated into the RED body, with the only visible cable being to control the lens. Slating was all but eliminated, with clip-number metadata being shared wirelessly between the camera and the script supervisor, who used Filemaker software to associate takes and clips. An audio scratch track from the mixer was recorded onto the REDCODE RAW R3D files and received wirelessly.

The base camera was one of RED’s DSMC2 systems, the then-new WEAPON DRAGON, with its 6K sensor. The shell design, accommodating the added gear inside, with its angular shape and heat venting fins on top, had a “Xenomorph” appearance (à la Alien), and was dubbed as such by Land and Fincher. “When the camera arrived in Pittsburgh, they had actually engraved “Xenomorph” on the side,” Probst says.